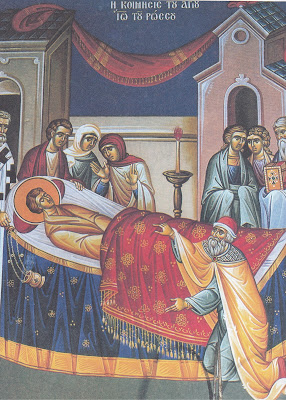 When Saint John the Russian reposed on May 27, 1730, in a stable owned by his former master among the animals he cared for both before and after he was a slave, his former Ottoman master, a Muslim who had freed him from being his slave due to his reverence for him, called for the Orthodox Christian priest of the village of Prokopion as well as the Christians to take the body and give him a proper Christian burial. Because his former Turkish master came to love John very much, he showed his love for him by taking a costly carpet and placing it on the Saint's coffin, according to the custom of the time, which showed that he held him in great honor and esteem. 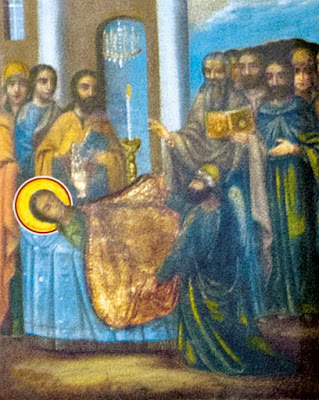