Church of Saints Cyprian and Justina in Meniko, Cyprus 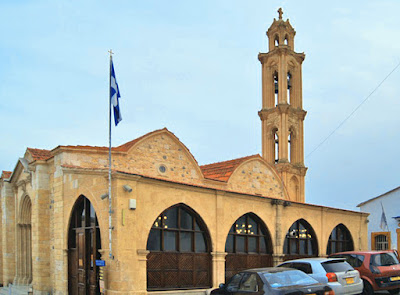 Not far from Nicosia, in the village of Meniko, is the Church of Saints Cyprian and Justinia. This church is built over the remains of a smaller church to contain the relics of the Hieromartyr Cyprian and the Martyr Justina, which were translated here in 1298 from Syria.

The current church was built in the 14th-15th century by the Franks to commemorate the healing of the king of the Franks from a fever. The king recovered from his illness by bowing to the Saints and drinking holy water from the spring. It was at the end of the 12th century when the Franks came to Cyprus.

It is a two-aisled basilica with cross vaults and an impressive bell tower.

To this day, in the northern altar there is a miraculous spring which goes out into the courtyard of the church, where you can drink or take holy water.

If you need to remove the harm done to you by the servants of evil spirits, such as the evil eye or magical spells, then you can request a special prayer service here before the relics of the Saints. 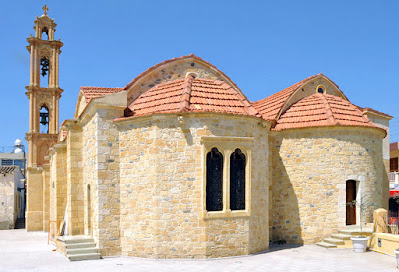 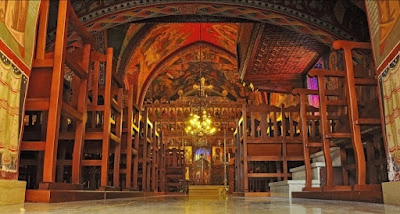 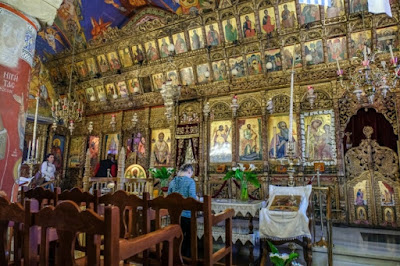 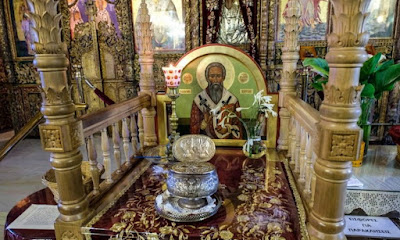 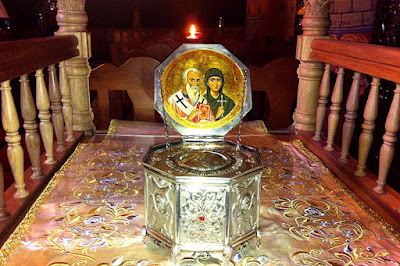 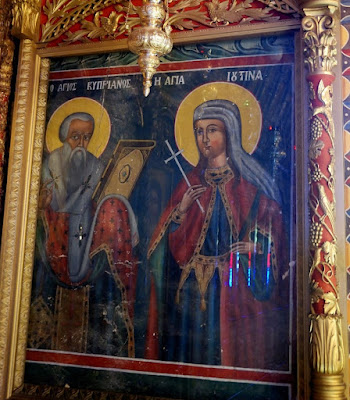