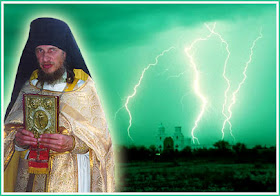 Moscow, 24 March 2010, Interfax - Ruslan Lyuberetsky who brutally killed the Rector of the Trinity Church in the village of Tura near Krasnoyarsk in 2000 could have fallen victim to a bear in Taiga.

On March 21, 2000, Lyuberetsky killed Hieromonk Grigory (Yakovlev) in the church, cut his head and put it on the altar. The criminal was detained the same day and told he acted on Krishna's instructions, the Komsomolskaya Pravda daily has reported on Wednesday.

The court found Lyuberetsky insane and he was sent to psychiatrists of the prison hospital. However, some time later he was discharged. Hunters found high boots and bloodstained clothes in Krasnoyarsk Taiga in fall 2009. Local residents claim these things belong to Lyuberetsky. Insomniac bears were wandering around the wood exactly at that time.

People in Tura still remember Fr. Grigory. Parishioners come to the tomb of the former Rector of the Trinity Church each year on March 21, the day when he was killed.

Hieromonk Grigory Yakovlev, the rector of the church in the town of Tura, Krasnoyarsk Region, was murdered on March 21, 2000 in the church of the Holy Trinity. The murderer, Ruslan Lyubetsky, 26, severed the priest’s head and placed it on the holy table. The same day he was arrested. He said it was ‘the god Krishna’ who made him do that.

To read more about the murder and Hieromonk Grigory, see here and here. 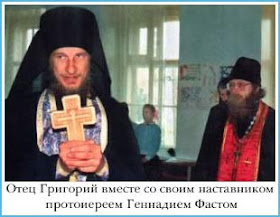 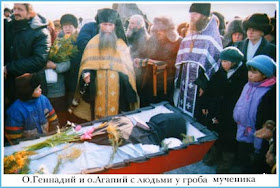 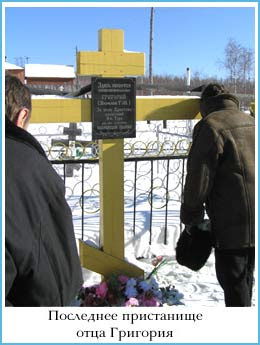