Saint Euplos, an Important Saint for the People of Eastern Thrace

To most of the Orthodox Christian world, Saint Euplos, who is commemorated on August 11th, is completely unknown. But to the Greek people of Ainos (Enez) in Thrace, Saint Euplos has historically been very important and well known.
His significance mainly stems from his name - Euplos - which in Greek essentially means "good voyage" or "good sea voyage". To the port city of Ainos, they celebrated and loved this Saint in his church to ensure a good voyage by sea through his intercessions. 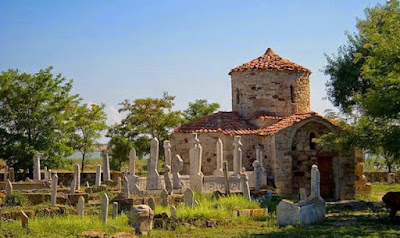 Ainos in Eastern Thrace during the Ottoman occupation was an important naval power, and because of this accumulated great wealth. When the Greek Revolution was declared, several of its captains and young men rushed to Greece to offer their services. Among them were Hatzi-Antonis Visvizes and his wife Domna with their five children and 140 sailors, Hatzi-Franzis Koutavos and his son Margaritis (who rescued many people in Chios and other places with his ship), and Demetrios Harilaos, among many others.
Most of them were sailors, manning the ships of the Revolution, who spilled their blood and gave their lives to liberate their homeland. Before they left their homeland, however, in late-April - early-May 1821, they managed to capture the castle of their city and make their opposition to slavery felt by the Sultanate. Though the Turks would recapture it, they did not stay, since they were called to duty in the south.
At the time of the Revolution, Ainos had 300 ships that carried goods throughout the Mediterannean, even as far as Syria and Egypt. Just a few years earlier in 1813 it had less significance, having only 4 large ships and 60 boats. 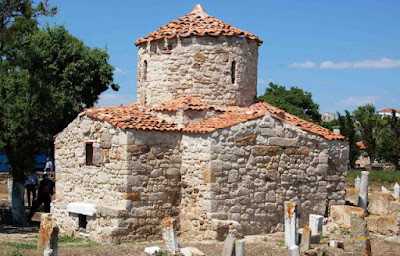 Today Ainos is part of Turkey, and during the population exchange of 1922 many from among its large Greek population crossed the border and settled in the Greek town of Alexandroupoli. In 1997, under Mayor Gioftsidis, an identical church was built on the edge of their own port to honor Saint Euplos as a seaside city and to remind its inhabitants of their past in the glorious city of Ainos.
Saint Euplos the Deacon lived in Sicily during the reign of the cruel Roman Emperor Diocletian (early 4th century). He was beheaded for his faith in Christ on August 11, 304, following a decision by the Roman commander Calvicianus. 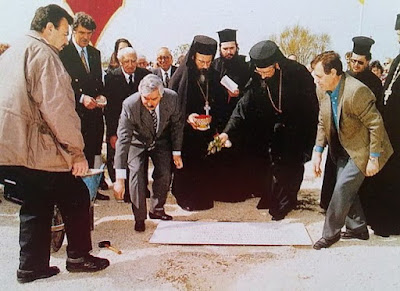 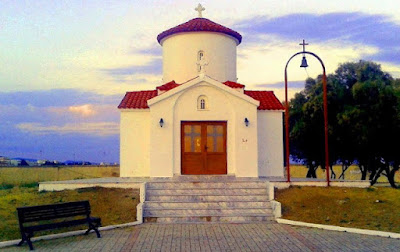 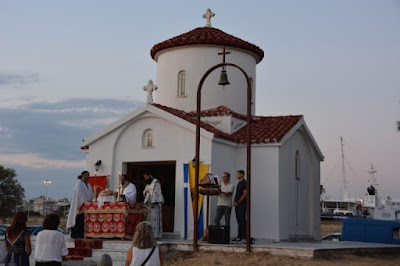