The Veneration of Saint Asteios (Asti) in Albania 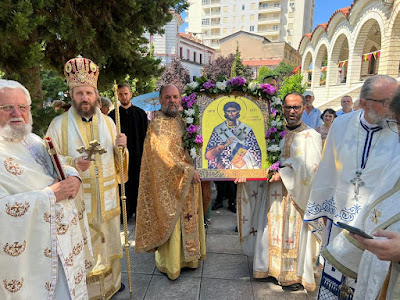 The Church of Durrës (ancient Dyrrachium), one of the most important Churches in Albania, was founded by Paul the Apostle, although an ancient tradition says that the first to pass through was Saint James, on his way to Spain. Near Durrës, where the town of Shijak (Saint James) now stands, there was a large cathedral dedicated to Saint James, just beyond the hill, where according to tradition he had given his first sermon. According to old documents, in 58 AD, the Church of Dyrrachium had about 70 Christian families.

Christianity in Albania was not spread by Latin or Greek missionaries, but, as in all parts of the Mediterranean world, by the direct preaching of the Apostles and their disciples. And since the seed of Christianity was "planted" there, it had its own original growth.

The first bishop of Dyrrachium was Saint Kaisaras, one of the 70 apostles of Christ. The second bishop of this glorious Apostolic Church was Saint Asteios (or Astios, Asti), who the Orthodox Church celebrates on July 6.

Saint Asteios led the Christian Church of Dyrrachium during the time of the emperor Trajan (98-117), so he was a contemporary of Saint Ignatius. He was distinguished for his devotion and great love for Christ and his "sheep". As a true shepherd he cared for every "sheep" in his flock and was vigilant so that no soul was stolen by the enemy of mankind, the devil.

Because of his faith in God, whom he had served with devotion and love, he was martyred in 98 AD by being crucified, smeared with honey, and stung by a swarm of bees. Seeing this, seven other Christians began to praise and bless him, and for this they were martyred the next day, and they are commemorated by the Church on July 7.

Saint Asteios is a very popular saint among the Orthodox Christian believers of Durrës, so much so that many of its citizens bear his name, as well as churches were built in his honor. Historians, chroniclers and archaeologists testify a lot about him, where among others there is the great cathedral in honor of Saint Asti and Isauros in the 13th-14th centuries, in Spitalle in 1917, in the city cemetery around 1957, near the port 2002.

The fame of Saint Asteios crosses the borders of the city and Albania, being mentioned and painted in frescoes in other local churches such as those of Ochrid, Kosovo, Serbia, Montenegro, Greece and Italy.

Two church services with hymns were written for Saint Asteios. The first service was composed by Joseph the Hymnographer in the 9th century, where a copy of it is preserved in a manuscript in the Paris Library in the Greek codex 13, p. 330a and 1575, p. 145b. The second service was composed in 1918 by the Metropolitan of Durres, Gorëmokra and Shpati, Iakovos, and approved by the Great Church of Christ printed at the expense of the venerable Mihail Thoma Truja from the parish of Durrës, in Constantinople in 1918.

Archbishop Anastasios of Albania erected a cathedral in honor of Saint Asteios and the Apostle Paul, opposite the site where, until the religious persecution of 1967, there was the Church of Saint Spyridon and the Metropolitan seat. The foundation stone was laid in November 1994. In this church, still incomplete, in November 1999, the Orthodox of Durres welcomed the Ecumenical Patriarch Bartholomew, during his first visit to Albania. Construction work was completed in early 2002. The cathedral was consecrated on May 3, 2009, Palm Sunday, by Archbishop Anastasios. The Archbishop himself donated the iconostasis and the episcopal throne (handmade wood carvings, works by Pogradec sculptors), as well as 32 chandeliers, 5 electronic bells, etc. But the inhabitants of Durres were not indifferent and gave money for iconography and for whatever else was needed.

It should be noted that for many centuries Durrës remained the historical seat of the Orthodox in the Albanian area. Since the proclamation of the Autocephaly of the Orthodox Church of Albania in 1937, its seat was moved to Tirana, but its historical title is mentioned together with the Archbishopric of Tirana. Saint Asteios remains the patron saint of the city of Durres. 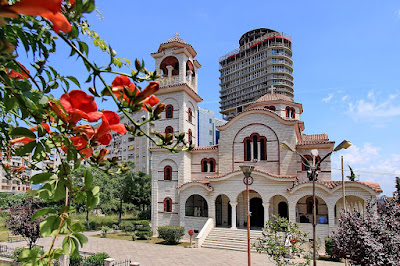 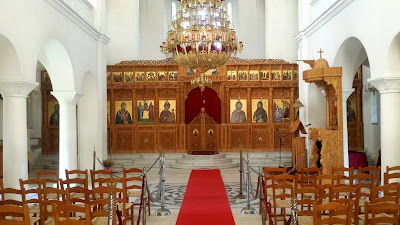 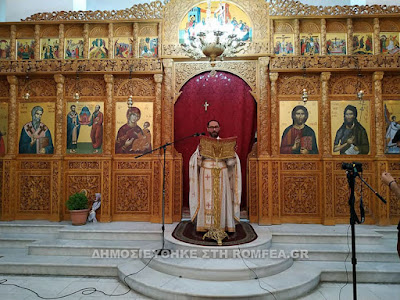 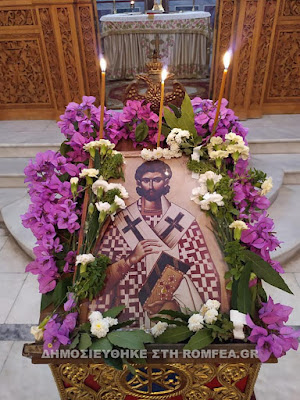