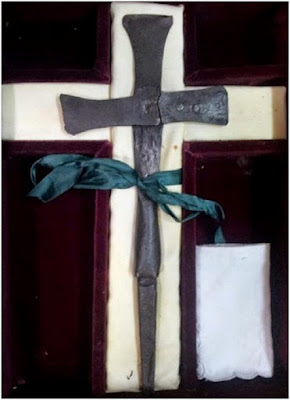 In the village of Agios Kosmas of Grevena, an iron cross is kept that belonged to Saint Kosmas the Aitolos, which according to local tradition is one of the four authentic crosses of Saint Kosmas that are preserved.

When Saint Kosmas came to the village of Tsiraki (today known as Agios Kosmas of Grevena) in 1777 during his Third Missionary Journey and preached to the inhabitants, when night time came he asked to stay in the poorest house of the village. A certain beggar informed him that he was the poorest. Saint Kosmas went and stayed with him, and requested that he make for him an iron cross. The next day, when Saint Kosmas left the village, he placed the iron cross on a branch of an oak tree outside the village, and prophesied:

According to the tradition of the village, the branch with the cross fell in 1940 and the branch pointed towards Albania, from where the Italians attacked Greece. The whole tree fell in 1947, when the entire area was destroyed due to the Civil War. In 1950, when the villagers returned to their village, they found the cross buried under mud. They decided therefore to build a shrine there to house the cross.

In 1967 a church dedicated to Saint Kosmas the Aitolos was built in this village, and with this a bust was made of the Saint, a pillar with a copy of the cross on it, and three oak trees were planted from the seeds of the oak tree chosen by Saint Kosmas. 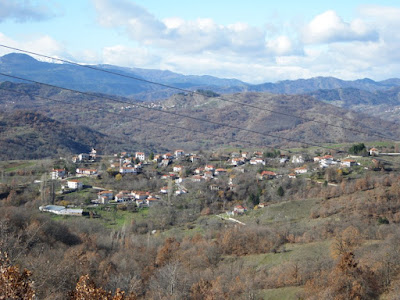 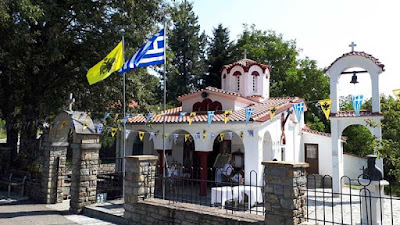 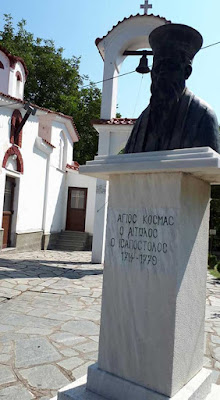 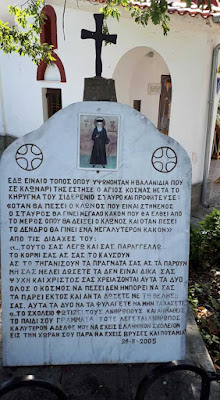 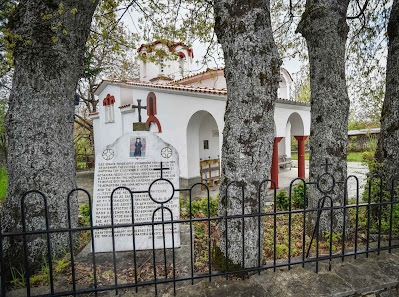 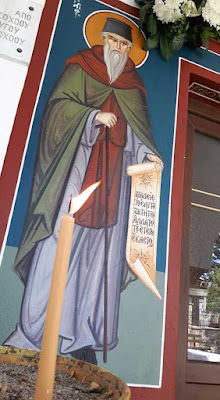 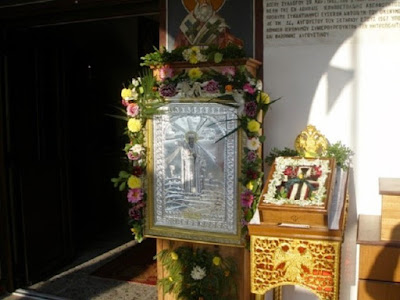 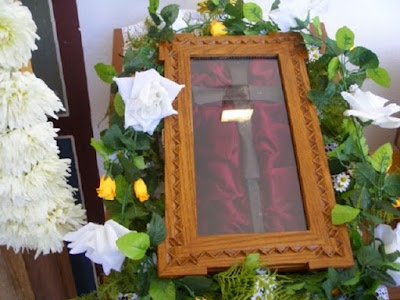