Maps of the Four Missionary Journeys of Saint Kosmas the Aitolos 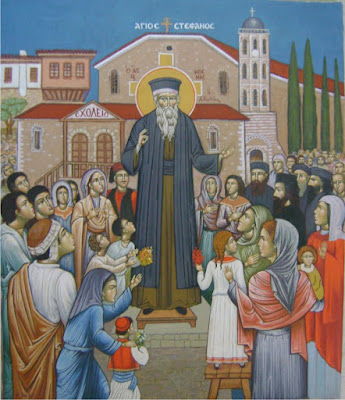 In 1996 the publisher Evangelos Spyrou published the book "ΠΑΤΡΟΚΟΣΜΑΣ ο ΑΙΤΩΛΟΣ - έργα και ημέρες" sponsored by INTERAMERICAN, which was sold out. NextDeal presents the four missionary journey maps of Kosmas the Aitolos, from the time he left Mount Athos till his life came to an end as a martyr in Albania. It is noted that the four maps of Kosmas the Aitolos were made for the first time by Spyros publications, and are included in the book and were captured by the sketch artist Zafeiris Iosisfidis. 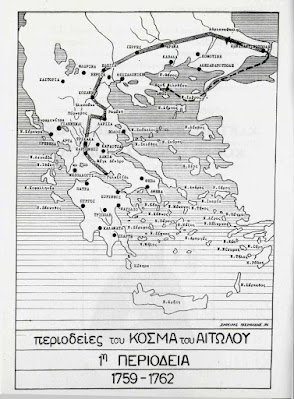 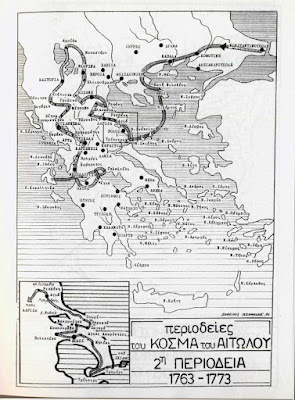 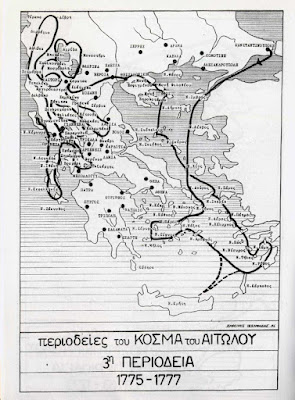 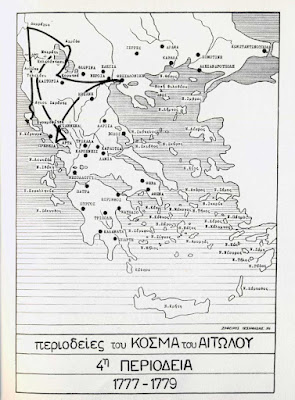