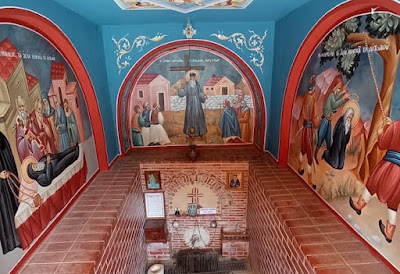 An event that was experienced by the Monastery of the Transfiguration of the Savior in Dryovouno of Kozani that is well known to all in the area is the visit of Saint Kosmas the Aitolos some time between 1775 and 1777 during his Third Missionary Journey.

In this particular Monastery, Saint Kosmas, in addition to preaching the divine word, also took care of the monks who had become seriously ill due to an epidemic of dysentery that prevailed in the area.

According to testimonies, after bringing water from a nearby spring that had little water, he performed a Sanctification of the Waters, gave the monks a drink and they were healed. Since then, the water from this spring has been considered holy water and has been constantly gushing forth, though there was a brief interruption.

The Monastery of the Transfiguration of the Savior is located on the north side of the picturesque city of Siatista, in a wooded mountainous location, near the village of Dryovouno of Kozani at an altitude of 1000m.

It is the oldest Monastery in the prefecture of Kozani and its foundation dates back to 1592 and its iconography to 1652.

During the difficult times that the Greek Nation went through, the Monastery was a refuge for the persecuted and all those who needed help. During the war, it offered goods to the civilian and militant population, being an ammunition depot and a base for warlords. It is worth mentioning the fact that, in the Monastery, the brother of Rigas Feraios, Demetrios, Captain Bardas and Pavlos Melas took refuge and were hosted. In 1943 the Monastery was burned by the Italian invaders, along with their invaluable historical records. The holy spring of Saint Kosmas was also crushed by the ruins and disappeared.

In 1978, Fr. Stephanos Tsantiris, the abbot of the Monastery, together with the inhabitants of the village and at the suggestion of the elders of the village succeeded and found the holy spring of Saint Kosmas, but it was dried up without a single drop of holy water.

Today, this place has a Chapel of Saint Kosmas the Aitolos so that the faithful can approach it and drink the holy water for a blessing.

The Holy Spring in the Monastery of the Transfiguration of the Savior, in Dryovouno of Kozani, is the only known Holy Spring of Saint Kosmas the Aitolos and a multitude of testimonies refer to its miraculous and healing properties.

The renovation of the Monastery began in 1996. Today it has about 15 monks and belongs to the spiritual jurisdiction of the Sacred Metropolis of Sisani and Siatista. 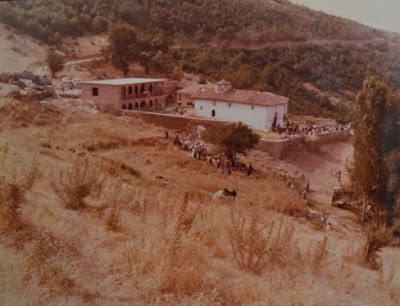 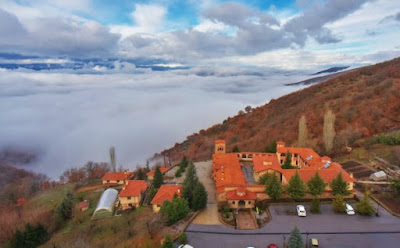 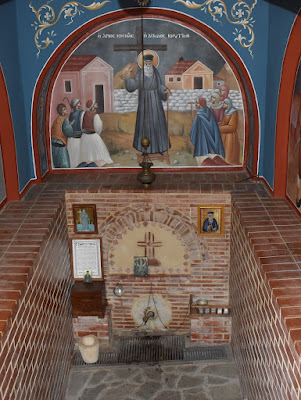 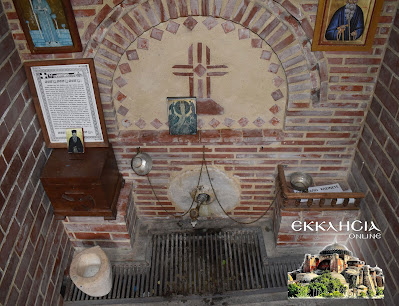