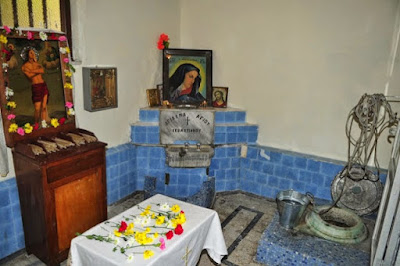 Saint Sebastian is especially revered at the holy spring that bears his name, which is located next to the Church of Saint Demetrios in Sarmasik, Istanbul.

During the centuries before the Fall of the Queen City in 1453, the memory of the Saint was honored with brilliance, where many people found a cure to their mental and physical ailments. Due to the destruction of the city, the holy water was seized and destroyed. But the Saint at the beginning of the nineteenth century appeared in a vision to a woman and indicated to her the place and existence of the holy spring.

It is located on the inside of the land walls near the Gate of Edirne Kapi from where the historic road began that led to the famous city of Thrace. From this gate Muhammad the Conqueror entered during the Fall. 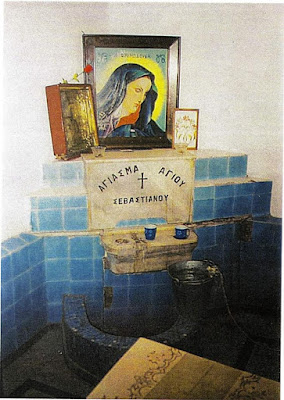 Sarmasik in Turkish means "climbing plant", "ivy". Others (Skarlatos Demetrios Byzantios) believe that the word comes from the Magistrate Armatios who flourished during the reign of Emperor Zeno (5th century) and from whom the adjacent district "in the Armatios" or "the Armatios" took its name. The Church of Saint Demetrios was built in Sarmasik in 1834 on the foundations of an older church and next to it is the Holy Spring of Saint Sebastian, which the pilgrim enters through a door opened in the northern aisle of the church. It is a simple room measuring approximately 4x5. The holy water is pumped from a well and paradoxically it is healthy and miraculous water in contrast to the tap water which is unsuitable for drinking.