Homily One on the Sunday of All Saints (St. Luke of Simferopol) 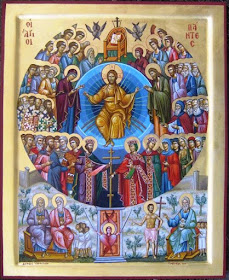