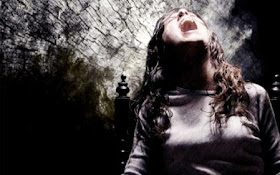 Jason Morehead
October 15, 2012
Christ and Pop Culture
The nights are getting longer, darker, and colder these days, making it the perfect time to pull out your favorite horror novel or scary movie and get the heebie-jeebies before bedtime. Probably not, though, if you’re a Christian. I would suspect that the “horror” genre is one of the most unpopular genres — literary, cinematic, or otherwise — for Christians, and understandably so. Many entries in the genre seem to do little else but revel in cruelty, sadism, and gore, e.g., the recent wave of “torture porn” films.
However, Christianity Today‘s Jonathan Ryan argues that it is possible for Christians to find value in the horror genre. He writes:

I find meaning—including biblical truths and theological implications—throughout much of the genre. My appreciation for meaning in scary stories finds its roots deep in the works of H.P. Lovecraft and his concept of “cosmic horror,” as well as in the works of Arthur Machen with his notion of “holy terror.” One is rife with despair, the other clings to hope. The contrast between the two results in a remarkable tension found in the history of horror.

Ryan surveys modern horror and finds most of it nihilistic, which he traces directly back to the influence of Lovecraft, who is best known for stories like The Call of Cthulhu and At the Mountains of Madness. Lovecraft’s worldview can be summed up thusly:

The human race will disappear. Other races of beings will appear and disappear in turn. The sky will become icy and void, pierced by the feeble light of half-dead stars. Everything will disappear. And what human beings do is just as free of sense as the free motion of elementary particles. Good, evil, morality, feelings? Pure ‘Victorian fictions.’ Only egotism exists.

This nihilism can be seen even in such recent movies as The Cabin in the Woods and Prometheus, though both films try to mask the horror at their core through different approaches. Ryan compares and contrasts this with Arthur Machen, an Anglican Christian who wrote horror stories containing many of the same ideas and storylines as Lovecraft’s works, but with a different perspective.

Machen felt despair could be avoided by seeing the good God who ruled over the world “behind the veil.” A person could experience holy terror like the prophet Isaiah felt when he stood before the throne of God—or, to bring it back to movies, like Indiana Jones showed in Raiders of the Lost Ark (telling Marion to respect the ark’s power by not looking at it when it was opened) and The Last Crusade (when, to reach the Holy Grail, he had to navigate a treacherous maze requiring him to kneel, to spell God’s holy name, and then take a literal “leap of faith”). Machen uses sacred terror to not only scare us, but to push us deeper to think about “unseen realities.” Through this sacred terror, he created stories richer and more terrifying than anything Lovecraft could conceive. As C.S. Lewis wrote in Mere Christianity, “Some people talk as if meeting the gaze of absolute goodness would be fun. They need to think again.”

If nothing else, the horror genre is one of the few genres that openly admits the presence of true evil. The challenge, however, that horror novels and movies often fail to overcome is portraying such evil without somehow celebrating or glamorizing it, or presenting it in an exploitative or titillating fashion. If you’re looking for some good cinematic scares for this spooky season that rise above mere exploitation, then I suggest looking at Arts & Faith’s “Top 25 Horror Films.” Some of the entries on the list may surprise you, but their portraits of evil have all been deemed worth considering and reflecting upon by the critics, writers, filmmakers, and fans in the Arts & Faith community.
But if you want to head into the theatre for a good scare this month, consider Sinister. Not only has the movie garnered pretty good reviews — it currently holds a “Fresh” rating at Rotten Tomatoes — but it was written and directed by Scott Derrickson, a Christian who has argued in the past that the horror genre is the perfect genre for Christians to be involved in, again because of its acknowledgment of evil’s existence in the world around us, and more important, in our own hearts.
John at 11:15:00 AM
Share
‹
›
Home
View web version