Authenticating the Relics of Saint Luke the Apostle

The miracle-working relics of the Apostle Luke were transported to Constantinople during the 4th-century, under the reign of Emperor Constantius (357 AD), the son of Constantine. In 1204, the Crusaders of the IV Crusade stole the relic from Constantinople and transported it to Padova in Italy and it is still located there in the Catholic church of Santa Justina at the centre of the city. 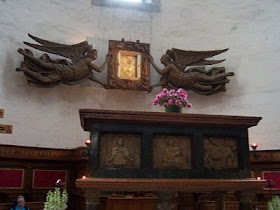 In 1992, the then Metropolitan Ieronymos of Thebes and Levathia (currently the Archbishop of Greece) requested the return of a "a significant fragment of the relics of St. Luke to be placed on the site where the holy tomb of the Evangelist is located and venerated today". This prompted a scientific investigation of the relics in Padua, and by numerous lines of empirical evidence confirmed that these were the remains of an individual of Syrian descent who died between 130 and 400 A.D. The Bishop of Padua then delivered to Metropolitan Ieronymos the rib of St. Luke that was closest to his heart to be kept at his tomb in Thebes, Greece. 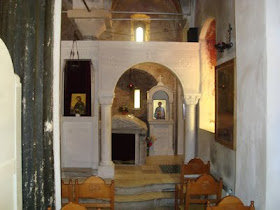 The tomb works miracles even today. In December 22, 1997 at 1:30 PM myrrh appeared on the tomb's marble and since then the interior of the marble sarcophagus is fragrant.The olive tree is still living to the right side of the cemetery in Thebes. On the right side of the sanctuary of this church is the Roman sarcophagus where the body of St. Luke had been placed. This tomb belonged to a Roman family of the 2nd-century BC but later on it was emptied and the Christians of Thebes used it as "honor" for St. Luke's relic since it was a majestic tomb. 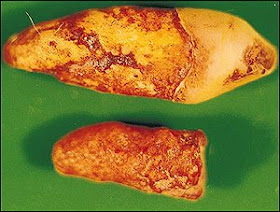 Read more on the authentication of the relics of Saint Luke below:

Relics of Saint Luke the Evangelist Found in Padua