Reproach for the Sake of Christ Greater Than Riches 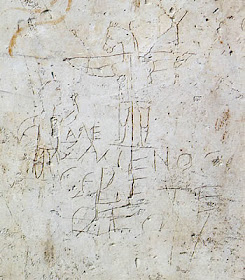 "By faith Moses considered reproach for the sake of Christ of greater value than the treasures of Egypt, because he was looking ahead to his reward" (Hebrews 11:24-26).

Moses did not want to remain in the palace of the pharaoh nor to be called the adopted son of pharaoh. Desiring more, "He chose to be ill-treated along with the people of God rather than enjoy the fleeting pleasure of sin" (Hebrews 11:25). How different was Moses from his descendants [The Jews], who out of pharonic reasons, condemned the King of Glory to death! All of them would have liked to live one more year in the decaying court of the pharaoh rather than to travel with God for forty years in the wilderness. Moses left all honors, all riches and all vanities, which only the wealth of Egypt could provide. At the command of God, Moses started out through the hungry and thirsty wilderness with faith that beyond there lay the Promised Land. All of this also means to hold the "reproach for the sake of Christ" above all the wealth of Egypt.

The "reproach for the sake of Christ" is that which the men of this world with a powerful stench of the earth, are ashamed in Christ. That is Christ's poverty on earth, His fasting, His vigil, His prayer, His wandering without a roof over His head, His condemnation, His humiliation, and His shameful death. This "reproach for the sake of Christ" was valued by the apostles, and after them, by countless saints, who thought this to be of greater wealth than all the riches in the entire world. Following these indignities, the Lord resurrected and opened the gates of heaven and revealed the Promised Land of Paradise, into which He led mankind along the path of His reproach or the wilderness of His suffering.

O Lord, glorified and resurrected, help us that we may hold unwaveringly every drop of Your sweat and Your blood as a treasure greater than all worldly riches.