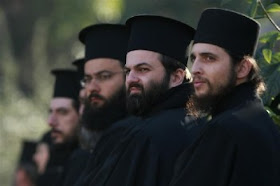 ATHENS – A senior cleric has accused Greece’s socialist government of being hostile to the Orthodox Church for imposing taxes on it as part of a drive to tame a budget crisis that has shaken global markets.

Greece, where about 90 percent of the 11 million-strong population are Christian Orthodox, will tax bequests and revenues from church property as it seeks to tackle a 300 billion euro ($409.9 billion) debt pile.

In a country where a bishop sits on the board of the biggest bank and the top cleric swears in the government, many on the streets of Athens felt the church should do its bit given the sacrifices they are making.

“It was about time the Church paid. It’s fair,” said Christina Alexiadou, 55, an accountant and frequent church-goer. “It can’t be that only ordinary people pay for everything.”

The Church of Greece, one of the country’s biggest owners of prime real estate, has until now been largely exempt from taxes even though the state pays priests’ salaries.

The government, which had announced earlier this month that the church would have to contribute to its budget drive, said late on Monday that church income from real estate holdings would be taxed at 20 percent.

Cash bequests will face a levy of 10 percent and property bequests a 5 percent charge.

“The 20 percent hits us right between the eyes,” Bishop Anthimos of Thessaloniki told public television on Tuesday. “This is a hostile stand, I don’t intend to hide it.”

Details of the measures come just two weeks before Easter, the Orthodox Church’s biggest festival of the year.

Polls show the majority of Greeks are ready to accept draconian austerity measures that include tax rises, pension freezes and lower pay for public sector workers.

“The church is wealthy and can help the country out of the crisis,” 36-year old bus driver Alexandros Kagris said. “Isn’t this what the church is for, to help people?”

According to an internal report published by Greek daily Kathimerini last year the Church’s total income reached 20 million euros in 2008, including 12.7 million from renting out church property. Its profit for the year was 7 million euros.

A spokesman for the church, which owns a 150 million euro stake in National Bank of Greece, declined to comment on its income or the new tax bill which is expected to go to parliament on Monday and enter force as soon as it is adopted.

It is not the first time church and state have clashed. In 2000 they fell out over EU rules requiring that religion be dropped from ID cards.

Theodore Couloumbis, deputy head of the ELIAMEP think-tank, said he did not expect the church as an institution to speak out against the taxes, however.

“The fact that we are going through a major crisis will make it easier for the Church to accept this measure, otherwise it will be thought of as not contributing to the salvation of Greece’s economy,” said Couloumbis.