The Future of the GOA Rests On 32 Celibate Clergy 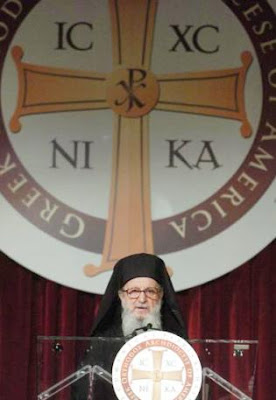 According to the National Herald, the future leadership of the Greek Orthodox Archdiocese of America rests on 32 qualified celibate priests out of the approximately 600 reported priests of the GOA. These numbers were issued out of the Ecumenical Patriarchate on 16 September 2009.

Out of the 32 celibate priests, 5 of them were previously married and have now risen to the rank of Archimandrite. However, 1 of these 5 is over 80 years old, and 2 are over 70.

The Archdiocese currently has 12 hierarchs not counting Archbishop Demetrios. 9 serve their respected Metropolis while 3 serve as titular Bishops. Of these there are 2 who are over 80 (Archbishop Demetrios and Iakovos of Chicago), 2 are over 70 (Maximus of Pittsburgh and Isaiah of Denver), and 3 are over 60 (Alexios of Atlanta, Methodios of Boston, and Gerasimos of San Francisco). Nicholas of Detroit is over 55 and Evangelos of New Jersey is near 50.