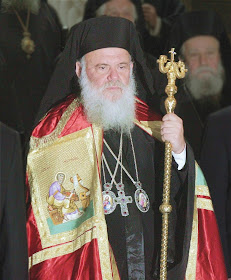 The Church of Greece said yesterday that it would not fight the government’s attempt to tax some of its operations after certain provisions in the recently tabled bill were watered down.

The Church’s Holy Synod met yesterday to discuss the government’s decision to impose various levies as part of its bid to increase revenues in the framework of efforts to reduce the public deficit.

“We have never refused, nor do we now refuse to be taxed,” said the Holy Synod in a statement. “The Church wants to find a way in which it can support the state in its efforts but which does not damage its humanitarian work, so that people can benefit.”

The government has proposed a 20 percent tax on the income that the Church makes from its real estate, which is estimated to be some 10 million euros a year. However, the Finance Ministry has accepted calls to accept as tax deductable the wages paid to personnel working for the Church and to factor in a 5 percent depreciation for buildings that are rented out for accommodation and 3 percent for those that are leased by businesses.

The government also conceded ground on the tax it wanted to impose on donations made to the Church. It had initially aimed to tax these at 10 percent for cash donations and 5 percent for any real estate that is gifted to the Church. However, this has been severely diluted, so the donations will be taxed at 0.1 and 0.5 percent respectively.

The Holy Synod said that it would submit a list of proposals to the Finance Ministry regarding its plans to tax the Church’s property and charity organizations but did not reveal what these suggestions would be.
John at 3:02:00 PM
Share
‹
›
Home
View web version