The Cave-Tomb of Saint Juvenal, the First Patriarch of Jerusalem 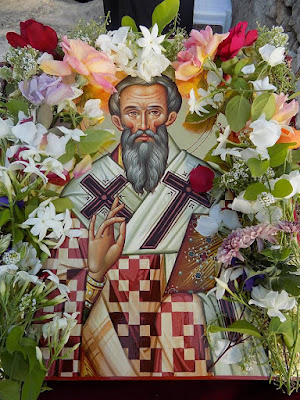 By Fr. Elias Makos
On July 2nd, the Church honors the memory of the first Patriarch of Jerusalem, Juvenal.

The Cave-Tomb of Saint Juvenal in Jerusalem is preserved within the Monastery of Saint Onouphrios in the area of Siloam.

Gradually the Bishopric of Jerusalem, which was founded on the day of Pentecost with the Bishop James the Apostle, developed into a pan-Christian place of pilgrimage, and it became the Metropolis of the Three Palestines (beginning of the 5th century).

Finally, the Fourth Ecumenical Synod of Chalcedon (451 AD) elevated it to a Patriarchate, while Juvenal was on the throne as Bishop, who thus became the first with the title of Patriarch of Jerusalem.

His tenure on the throne of Jerusalem, as Metropolitan and as Patriarch, was long.

Two actions were the most important of his tenure: the guarding of the Orthodox faith and his support for the flourishing of monasticism with the establishment of monasteries.

And what he achieved was because he connected his actions with God, whom he loved and whom he longed for.

Thus the gates of Heaven were opened for him. And sanctity.

How? Through faith. Christ gave him all the means. And he took advantage of them.

This is exactly where we find the contemporary lesson given to us by Saint Juvenal.

The times we are going through are difficult. Many say that what is happening in the world today is unprecedented.

The truth is that even the unprecedented will one day be old.

One thing is that which will always remain new: Faith. It is in this that Saint Juvenal "invested".

And yet Christians in our days tend to become earthly rather than heavenly. Lovers of the flesh rather than lovers of God. Faith is in danger of becoming a dried up for those who neglect it.

If he were physically among us, Saint Juvenal would shout at us that it is a shame to destroy our souls from the root in the Vineyard of the Lord.

No purpose and no pursuit is higher than the Christian's intention and struggle to become an honest and true believer.

Saint Juvenal, living and acting in the places where Jesus walked, diagnosed and felt that the Lord is everything to man. Thus his life was a constant search for God.

Indeed, reflecting on Saint Juvenal, what are we seeking for? We usually ask for small, material things (financial rewards, pleasures, social and professional recognition, etc.). We ask for the created things and not the Creator. The creatures, not the Creator.

We are narrowing our searches. We are asking for something and not Someone. We ask for many and not just one. We are not asking for the One and Only. Him. If we find the various and many and not Him, we find virtually nothing.

For man is not satisfied with these, because these satisfy the material and sensible part of man. They do not touch and satisfy his innermost being.

Man remains unsatisfied and constantly seeks and creates needs. And is never satisfied. If we find Jesus, we find everything. 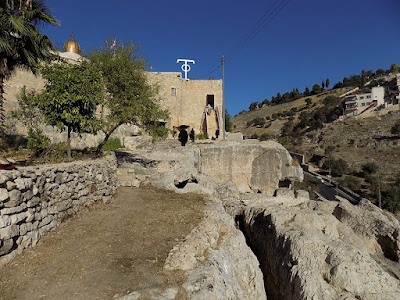 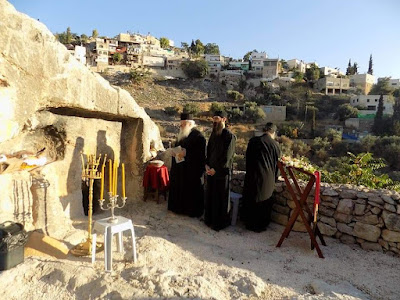 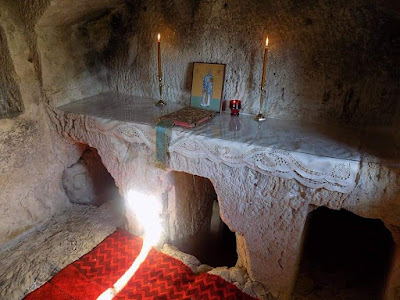 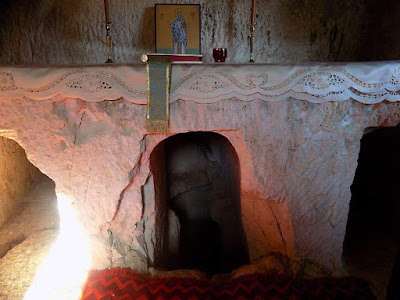 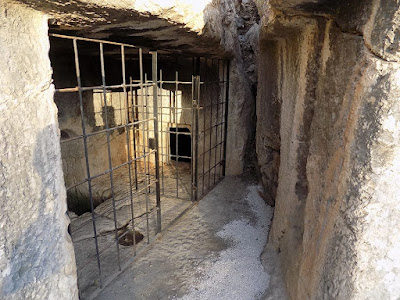