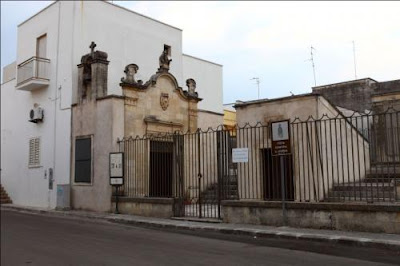 There are vibrant depictions of the Annunciation, Christ the Pancrator, the Virgin and Child, Saint Nicholas, and of course Saint Cristina, who not only is depicted six times between the 10th and 15th centuries, but in one instance is depicted twice next to each other. The Constantine group bears images of the emperor Constantine and his mother Helen among other saints. There are inscriptions in Greek accompanying the images. They are surprisingly vivid despite the extreme age. 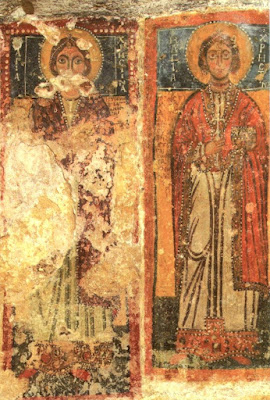 In chronological order, the oldest signed and dated pictorial group present in the crypt is the so-called group of the painter Teofilatto, which occupies the entire right apse, dated to the month of May 959, depicting a Christ Pantocrator enthroned between an Annunciated Virgin and the Archangel Gabriel. The second signed and dated pictorial group is known as the group of the painter Eustazio, made in the left apse, dated to the month of May 1020 and consisting of a Christ Pantocrator enthroned between a Theotokos and an Archangel Michael. The third pictorial group bearing date and signature is the work of the painter Constantine dating from 1050 - 1055 which consists of six holy figures including Saint Christina. 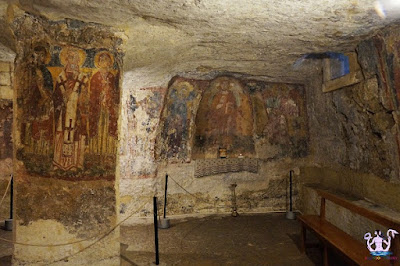 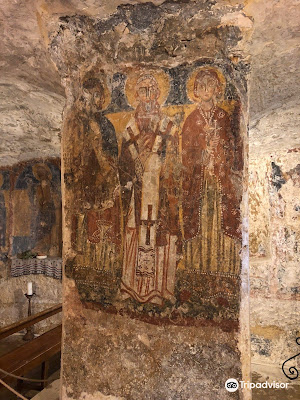 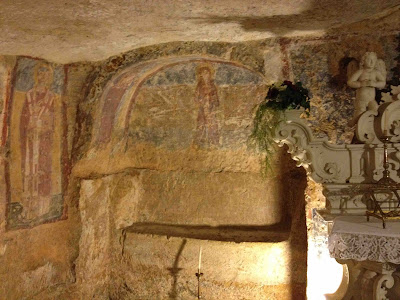 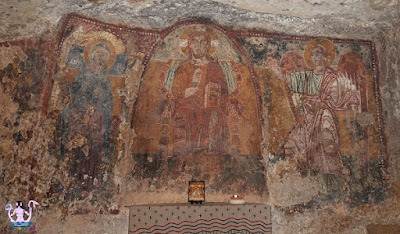 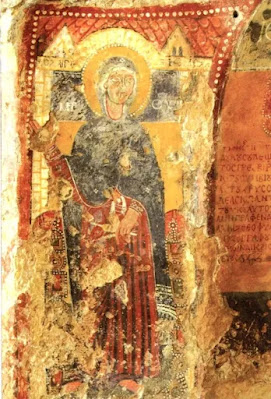 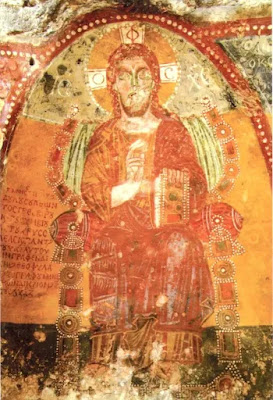 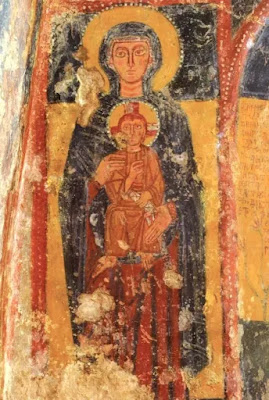