Saint Alena was born in Dilbeek, just outside Brussels, Belgium, in the seventh century. She was baptized without the knowledge of her pagan parents, the nobleman Levold and his wife Hildegaart.

Alena secretly attended the Christian liturgy, giving varying excuses to her parents. One night her father told his guards to follow her and, after tracking her for quite some time, they witnessed Alena entering a chapel in Vorst. Her father came to the conclusion that Christians had bewitched her into conversion, and ordered that she be arrested. When her father’s guards attempted to arrest her she resisted. During the struggle, her arm was severed, and she offered her soul up to God. It is said the arm was taken by an angel and placed before the altar in the chapel where she regularly worshiped.

Various miracles were claimed at the burial site of Alena's body, and one of Levold's subjects, Duke Omundus, had his sight restored by invoking Alena's prayers.

After witnessing these miracles, her parents converted to Christianity.

In traditional art she is seen with one arm severed, healing a blind man, or with an angel helping her.

Forest Abbey in Forest, Belgium, a municipality of Brussels, holds her relics and is a popular pilgrimage site. 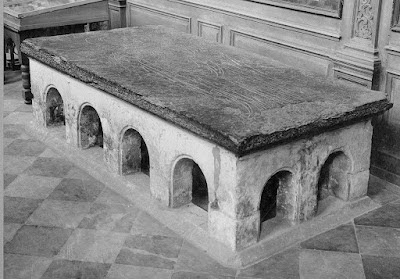 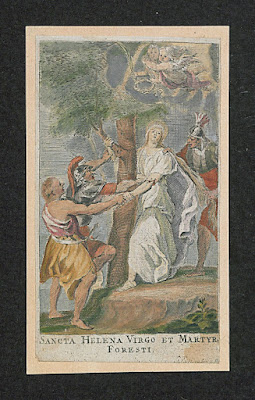