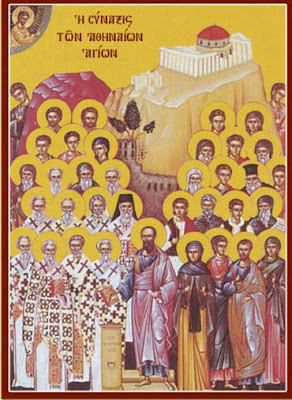 On October 12th is the Synaxis of All Saints of Athens, so I thought I would share what Elder Eumenios Saridakis spoke when he was being transferred from the Hospital for Infectious Diseases to Evangelismos Hospital for his last hospitalization, and on the way he was blessing Athens. He blessed the streets, Omonia Square, the Agora, the Metropolis, the Parliament, the whole city! He said:

"How beautiful Athens is!

O stately Athens, humble, that while there emerged such great contemporary saints who continued in the holiness of Saint Philothei, you became a land of sanctification to the 20th and 21st centuries, and even prior to this.

You have raised up many saints, my Athens, and you have them within you. The tradition continues! Saint Nektarios opened the door of the 20th century, but many great saints and even greater initiates walked here. Even today it was walked by initiate successors of the Holy Spirit!

There exist apartments - cells and hermitages - in apartment buildings which secretly spin the thread of Life at night.

Invisible hesychasts, men and women, who find rest in God, being 'poor in Spirit' and subjects of the Kingdom of Heaven." 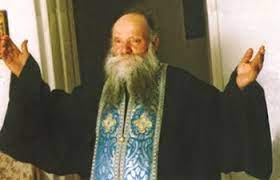