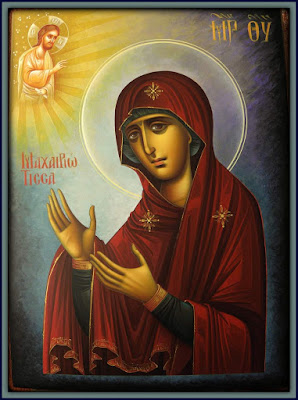 Manuel the Grand Orator was from Corinth who flourished during the first half of the 16th century. He was a student of Matthaios Kamariotis and Meletios Pegas. According to Malaxos he was "most wise and most-theological". He bore the title of Grand Orator of the Ecumenical Patriarchate during the time of Pachomios, Theoleptos and Jeremiah. Along with a thorough knowledge of the sacred writings of the Orthodox Church he also knew Greek and Latin very well. He was also a hymnographer of the Orthodox Church, and the Director of the Patriarchal Academy in Constantinople. In 1551 he reposed in peace.

In addition to his hymnographical and rhetorical work and his teaching activity, Manuel pursued a two-pronged theological project: (a) to refute what he considered as Plethon’s Platonism and Pagan polytheism and to show the alleged impiety of two major thinkers of later Byzantium (Plethon and Bessarion) and (b) to point out the several points of divergence of the Latin Church from the Orthodox faith and to argue for the purity of the latter, by continuing the doctrinal tradition of Gregory Palamas and Hesychasm.

Out of his devotion to the Mother of God, he composed a series of hymns to her included in the Theotokarion of Saint Nikodemos the Hagiorite. Two of these hymns deal specifically with the deliverance from the plague, which are as follows:

Allow not the disease of the plague, to visit your people O Virgin, but in your loving-compassion keep us invulnerable. For you did bring to the world, everlasting life.

Laity and clergy fall down before you Pure One, the people who bear the name of Christ entreat your mercy, and now we call upon you for help, to hasten to rescue us from the terrible disease of the plague, famine and hostile enemies; in you alone do we have assurance, to keep us from harm.