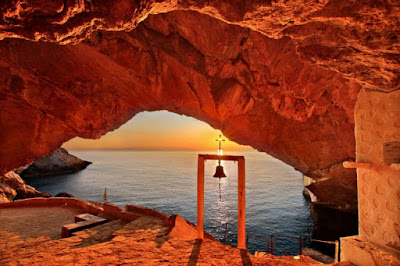 On the Greek island of Syros, at the seaside village of Galissas, there is a cave with a white chapel overlooking the sea dedicated to the Holy Protomartyr and Archdeacon Stephen. In fact, you can say that the chapel is located above the sea, in a location that enhances the beauty of an already beautiful place. Many even say this is one of the most beautiful cave chapels in the world.

In order to be built, only two walls were needed, to the right and to the left, since the rock cave itself provides both the floor and the ceiling.

As the story goes, this chapel was built by a fisherman from the village of Galissas whose name was Stephen. While in the cave, he suddenly found himself in great danger. A large octopus grabbed hold of him and began to pull him into the sea. In a panic, he made a vow to his patron saint, Saint Stephen, to rescue him from this threat to his life. Suddenly, the octopus let him go, and Stephen thanked God and Saint Stephen for the rescue. To fulfill his vow, he built the Chapel of Saint Stephen.

The chapel celebrates Saint Stephen twice a year - on the 19th of August and the 27th of December. On both dates, the area of the chapel is filled to capacity with the faithful. After the Divine Liturgy, the faithful are treated to delicious mastic and loukoumi from Syros.

To reach this chapel, it is a brief fifteen minute walk from the central port, or you can take a boat. 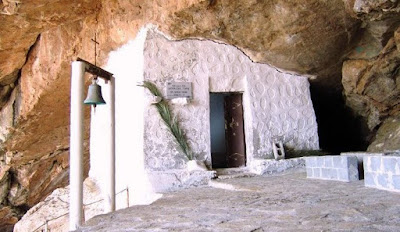 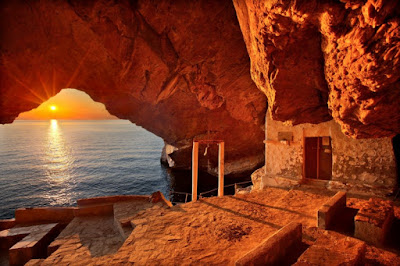 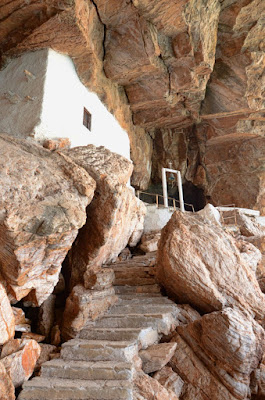 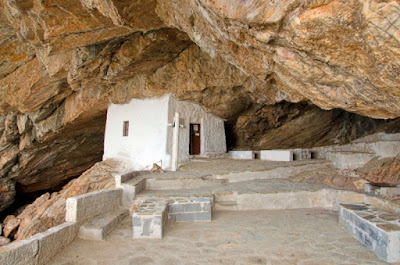 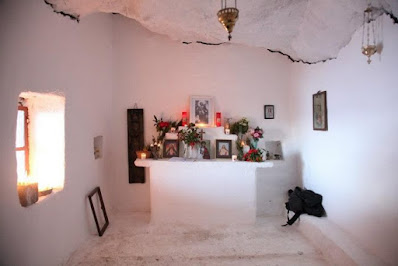 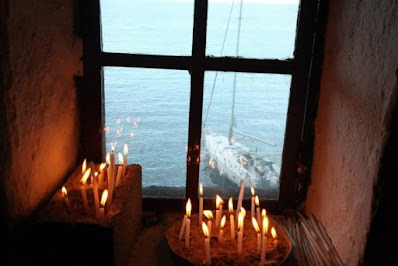