Saint Thyrsos is more popularly known as Therissos in Karpasia of Cyprus. Little is known of his life, but according to local tradition, from his childhood he desired to live a virtuous life. At a young age he was ordained a Deacon then a Presbyter, and when Karpasia was in need of a Bishop he was chosen to shepherd Christ's flock there. He guided them and consoled them during the difficult time of the Arab conquest.
Around the year 965, when Emperor Nikephoros Phokas liberated Cyprus from the Arabs, and it returned under Roman rule, Saint Thyrsos chose a suitable replacement as Bishop, and withdrew to a cave in Karpasia in order to live as an ascetic. There numerous faithful would visit him daily, until he died and at which time he was buried. Next to his grave a church was built in his honor. Having been a miracle worker in life, he continued to work miracles for the faithful after death.
There was once a Christian from Karpasia who was having pain in his eyes. Soon after he was blinded in one eye. He brought a priest to the Church of Saint Thyrsos and a liturgy was done so he could receive Holy Communion. The blinded man kept an all-night vigil in the church prior to the Divine Liturgy, praying fervently for his recovery. At around sunrise his pain began to subside and he fell asleep in the church. In the morning the liturgy took place and he communed. Afterwards he was walking back to his village and as he was walking over a bridge he had a feeling that he should remove the bandage that was over his blinded eye. When he removed the bandage, he realized the miracle took place and he was able to see.
The church today dates to the 16th or 17th century and is located near the town of Aegialousa. The apse of the church is built upon rocks where, it is said, was the cave in which Saint Thyrsos lived. However, there are no traces of this cave today. In the northwest corner of the church are steps which lead down to an underground room which has a font where holy water is said to have flowed. There is an indentation in the ceiling from which water actually seeps. In the wall there is a narrow tunnel. It is believed that the people with eye problems or skin complaints who bathe in this water and then the sea will be cured. The new church to the southwest was constructed in 1911. The church is currently located in the Turkish-occupied parts of northern Cyprus. 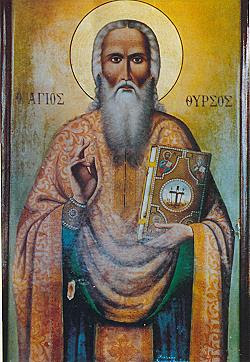 Apolytikion in the First Tone
The faithful hasten, thrice-blessed Thyrsos, to the coffin of your relics, and faithfully venerate them, the form of your likeness. Grant O Hierarch, the remission of transgressions, and physical strength against all dangers, redeeming us from all forms of sicknesses.
Another Apolytikion in the First Tone
Boast of Karpasia and ornament of Cyprus, you have shown yourself to be a wonderworker, renowned Hierarch Thyrsos, by fasting, vigil and prayer, you received heavenly gifts, healing the sick, and the souls of the faithful who hasten to you. Glory to Him Who gave you strength, glory to Him Who crowned you, glory to Him Who works through you all manner of healings. 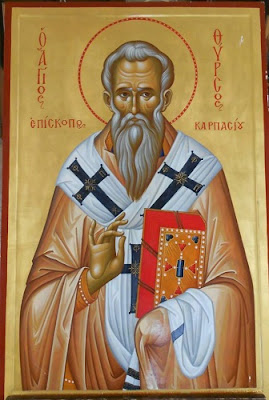 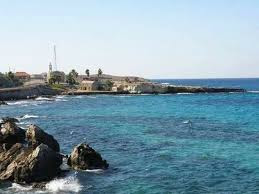 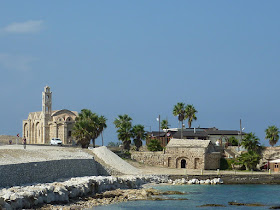 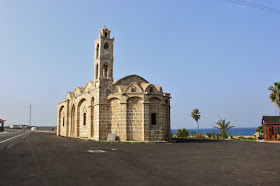 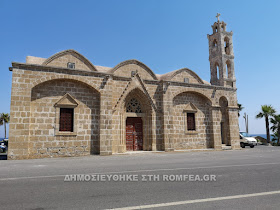 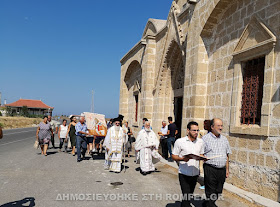 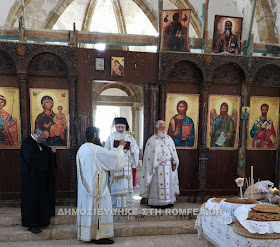 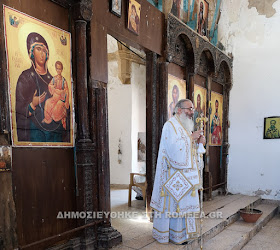