Saint Stephen of Makhra (Makhrishche) was a native of Kiev. 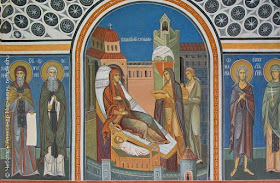 He accepted monasticism at the Monastery of the Caves, where he spent several years in obedience and prayer. The oppressions of the Latins compelled him to journey on to Moscow, where Great Prince Ivan II (1353-1359) graciously received him, permitting him to settle in the locale of Makhra not far from Gorodisch, 35 versts from the Sergiev Monastery. 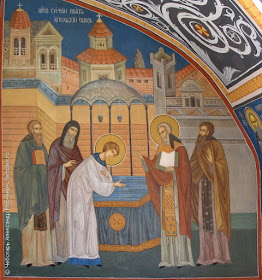 Having built himself a cell and spending his life at ascetic labors, and esteeming silence, he did not accept those wishing to join him. But then he yielded to the requests, and in this way, in 1358 he founded a monastery, in which he was established as abbot. 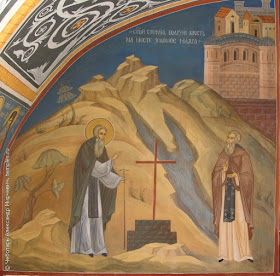 Living near his monastery were the Yurkov brothers. Fearing that the land which they ruled might be given over to the monastery, they threatened to kill the holy ascetic. The admonitions of the monk did not help. Saint Stephen then moved to a different place. Sixty versts north of Vologda, at the River Avnezha, he founded with his disciple Gregory a monastery in the name of the Holy Trinity. Great Prince Demetrius Ioannovich sent books and other liturgical items to the Avnezhsk wilderness, but the venerable Stephen sent them in turn to the Makhra Monastery. Having returned to his monastery, Saint Stephen ordered life in it according to a cenobitic Rule. 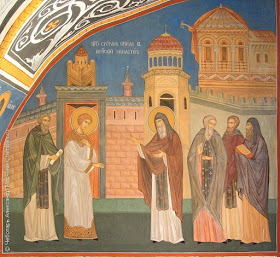 When Saint Sergius of Radonezh moved from his monastery, in order to find a place for his ascetic deeds, Saint Stephen then received him, and gave the great ascetic Sergius his own disciple Simon, who knew the surrounding area quite well. Saint Sergius settled together with Simon on the island of Kirzhach, where he founded a monastery. 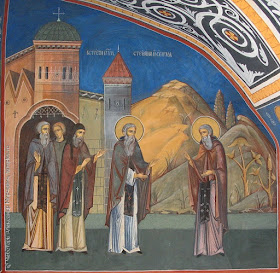 Saint Stephen was strict with himself and indulgent towards others. He worked for the monastery the hardest of all, he zealously guided the brethren in the ways of salvation with gentle and quiet words, and he wore very old and coarse clothing. 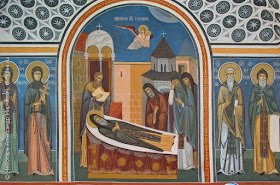 The monk lived to extreme old age, became a schemamonk and died in 1406 on July 14. In 1550 during the construction of a new stone church in the name of the Holy Trinity, his holy relics were found to be incorrupt. They were glorified by healings of various sicknesses and help in misfortunes for all who called on the name of the Saint. 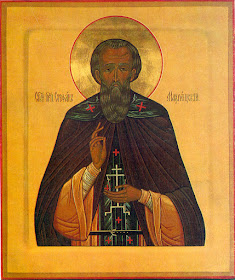 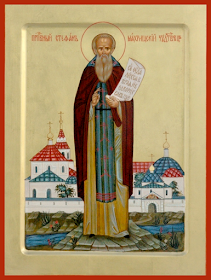 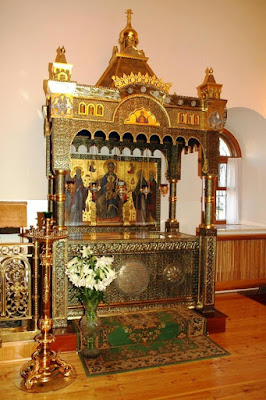 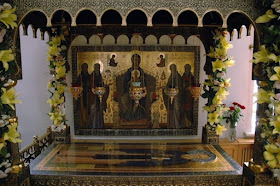