An Academic Theologian Describes His Vision of the Theotokos 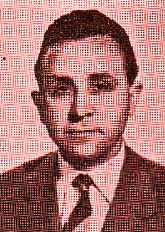 The late Markos Siotis (1912-2003), who was elected in 1993 to the Academy of Sciences of Athens and was professor emeritus of the New Testament of the School of Theology of the University of Athens, described in writing in 1972 the following incident that took place while he was on the island of Tinos for the celebration of the Dormition of the Theotokos on August 15th. He wrote:
Vespers was over. But the people venerating [the wonderworking icon of the Theotokos who is Great with Grace (Megalochari)] had not finished nor had the all-night vigil. In front of the shrine with the wonderworking icon the sacred clergy were chanting the Canon of Supplication incessantly according to the wishes of the pilgrims ... The night advanced, dawn was approaching ... At once the lights went down, and while you are thinking all the lamps had extinguished, a mysterious, abundant light, very sweet to the eyes, which makes you understand that your soul has eyes too, diffuses throughout the whole Temple, and in such a way that nowhere is even the slightest shadow left behind. A shiver ran through all of us and a silence spread throughout the Temple. Suddenly a voice is heard saying, "My Panagia save me...." This voice is followed by other voices, "The Panagia ... our Panagia!"
At that moment I was sitting on a chest in the Sanctuary, next to the Beautiful Gate. I got up from my seat and with awe I approached the Beautiful Gate. Above the door of the bema I projected my gaze outward to see, "whether within the body I do not know, or outside the body I do not know, God knows," a magnificent vision, an inconceivable vision ... the Theotokos! The only thing I managed to comprehend were three miracles that took place at that moment. A dumb man spoke, a paralyzed maiden stood up, and an epileptic was healed. These miracles confirmed for everyone the reality of the presence of the Theotokos, whose apparition was the cause of these miracles. The three miracles are a direct parallel to three famous miracles performed by Jesus, as recorded in the Gospels.
Source: Translated by John Sanidopoulos.