Synaxis of the Bogolub Icon of the Mother of God 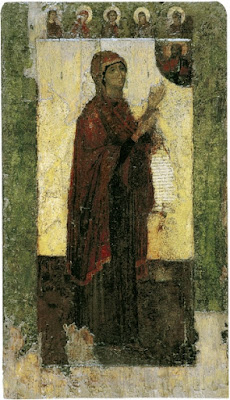 The Bogolub Icon of the Mother of God, one of the most ancient wonderworking icons of Russia, was painted in the twelfth century at the request of Holy Prince Andrew Yuryevich (July 4), in memory of an appearance to him by the Mother of God.
In the year 1155 Prince Andrew, having resettled from Vishgorod to the Suzdal region, brought with him a wonderworking icon of the Mother of God, which ccording to tradition was painted by the Evangelist Luke (this afterwards was called the Vladimir Icon). At seven versts distance from Vladimir by horse, the cart carrying the wonderworking icon stopped and could not be moved from the place. Prince Andrew asked the priest Nicholas, who accompanied him, to serve a Molieben before the Icon. For a long time Andrew prayed with tears before the venerable image. Later he went into his tent and continued his fervent prayer. The Most Holy Theotokos appeared to him with a small scroll in her hand and commanded the pious prince that the icon he brought from Vishgorod should remain at Vladimir, and that on the site of her miraculous appearance a church and monastery should be built. She then prayerfully raised her hand to Heaven, and received a blessing from Christ the Savior. Then the vision ended.
In fulfilling the command, Prince Andrew built a stone church in honor of the Nativity of the Most Holy Theotokos, and also a monastery. Afterwards the holy prince commissioned talented iconographers and asked that the Mother of God be depicted such as he had seen her in the vision, in full stature, with the scroll in her right hand, and her face turned towards the Savior. When the church was completed, the icon was placed in it and a yearly celebration in honor of the appearance of the Mother of God was established on June 18. The monastery, and the city which formed around the monastery, was named Bogolub by Prince Andrew, because in his own words, “the Mother of God loves this place,” and the prince himself came to be called Bogolub or “God-lover.” The wonderworking icon of the Mother of God, brought from Vishgorod, was afterwards transferred from the Bogolub monastery to Vladimir into the Dormition Cathedral, but the icon of the Appearance remained at Bogolub and was called the Bogolub.
The icon of the Bogolub Mother of God was glorified by innumerable miracles, and over the span of many centuries manifests its grace-filled help to the believers of the Russian nation. The fame of the miracles and signs wrought by the icon inspired believers in many places in Russia to make copies of the venerable image, some of which were also miraculous.
In August 1918, the icon was partially uncovered by the restorers of the Commission for the Preservation and Restoration of Monuments of Ancient Painting, headed by Grigory Chirikov, who identified its conservation as poor. In the second half of the 20th century, it was restored by M.V. Romanova. Since 1992, the prototype of the icon was in Holy Dormition Monastery in Vladimir. After deterioration due to fungus, since June 4, 2009, the Bogolub icon is under restoration in the Vladimir-Suzdal Museum. Restorers do not hope to return it to a condition suitable for exhibiting in the near future. 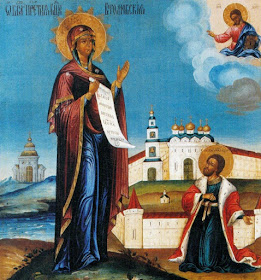 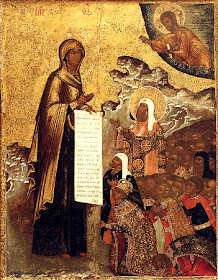 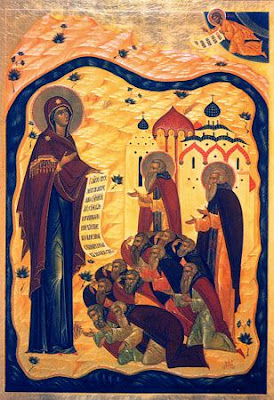 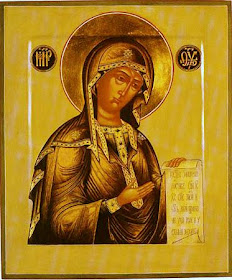 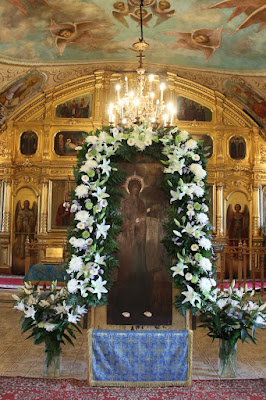