The Skull of Saint Xenia of Rome 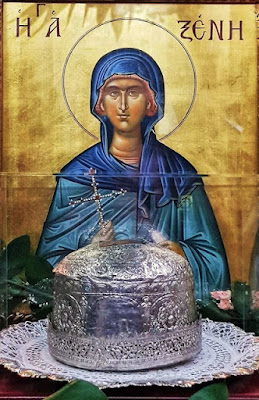 Saint Xenia of Rome (Jan. 24) reposed in peace in the fifth century in Mylasa of Caria, which is in southwest Turkey. At a certain point in time her relics were transferred to Selymbria in Thrace where they were kept in the Metropolitan Church. During the Asia Minor Catastrophe of 1922, the Greeks had to leave Selymbria and took with them their ecclesiastical treasures, among which were the relics of Saint Xenia. They were brought to Kavala, where her skull is still kept in the Metropolitan Church of Saint John the Forerunner. 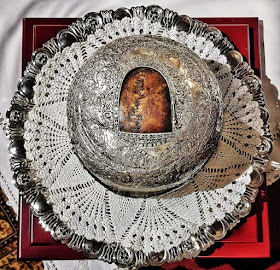