The Golden Gospel Book of Saint John the Kalyvites 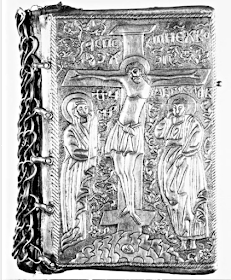 In the biography of Saint John the Kalyvites, who lived around the fifth century, we read that while he was still a young student he asked his parents, who were among the nobility of Constantinople, for a copy of the Gospels. The parents agreed because they could afford it since a hand written Gospel book was expensive, a possession few youngsters could ever acquire. It is said that the boy's golden Gospel book was illustrated with holy figures, and made from the best of materials. He studied this book daily and savored every word. One day he entered a monastery to dedicate his life to the Lord, and after many years of living in such austerity he became unrecognizable from his youth. Longing to see his parents, he received permission to go home, but his parents did not recognize who he was. They gave him a hut on their property to live, despite not recognizing him, and after three years of isolation he was about to die, and called for his parents to come. When they saw his golden Gospel book, they finally realized that they had their son with them all this time, and then he reposed.
According to Athonite tradition, the famous Gospel book of Saint John Kalyvites is kept among the manuscripts of Pantokrator Monastery on Mount Athos. It is Codex 234, and scholars date it to the mid-11th century, though parts are said to be from the 9th century and the 13th century, which means it was probably named after the Saint in honor of his original Gospel book. It is a manuscript of superb quality, containing a diversity of texts and unique miniature illuminations with portraits of the evangelists and other saints. Kaisarios Dapontes [1713-1784], a learned monk of Xeropotamou, in his work Garden of Graces, includes this manuscript amongst the most valuable treasures of Mount Athos: "In the Monastery of Pantokrator there exists at present that famous Gospel Book named after John Kalyvites, whose blessings may we have."
This codex, which was specially mentioned by the English traveler R. Curzon in 1837, was stolen in 1898 on November 1st, but a short time later on November 10th it was found in Athens and was returned to the monastery by the miraculous intervention of Saint Menas, as Athonite tradition has it. On November 27, 1898, the Holy Community elected a five-member inquiry committee to conduct regular investigations.
The Gospel of John Kalyvites also contains readings from the Prophets, the Psalter and 6 leaves contain prescriptions of Galenios, the Gospels, Epistles and selections of ecclesiastical writers. The selections from the Fathers and Teachers include Gregory the Theologian, John of Damascus, Anastasios of Theopolis, Michael Psellos, Athanasios of Alexandria, Maximos the Confessor, Dionysios the Areopagite , and others. Codex 234 has 547 folios. It is kept in the Holy Altar of Pantokrator Monastery among its other relics.
To view a full gallery of Codex 234, see here.
In 1903 Gerasimos Smyrnakis referred to the theft of the manuscript in his book The Holy Mountain:
Page 264: 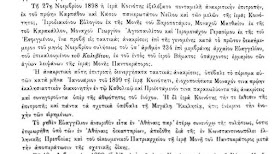 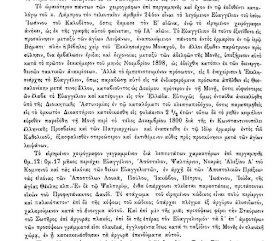