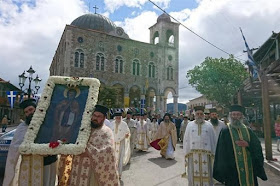 Kynouria is an ancient district on the eastern coast of the Peloponnese, between the Argolis and Laconia. There, in the village of Agios Petros, Saint Nilus the Myrrhgusher was born in 1601 with the name Nikolaos Terzakes. His uncle was the Hieromonk Makarios, who was a monk in the Monastery of Panagia Malevi located in the same village. Saint Nilus received his education at the monastery, tutored by his uncle. Later Saint Nilus became a monk in this monastery, tonsured with the name Nilus, and was ordained a priest. After this he went to live as an ascetic in a cave of Mount Athos, where he reposed in 1651.
Today a chapel stands in Monastery of Panagia Malevi dedicated to Saint Nilus in the place he was born both physically and spiritually. It was built in 1967. The village celebrates his memory on November 12th and May 7th. What is notable about this chapel is that every year, on May 7th, which is the feast of the finding of myrrhgushing relics of the Saint in 1815 in the cave of his asceticism on Mount Athos, his holy icon begins to gush myrrh. This chapel also contains a portion of his relics. 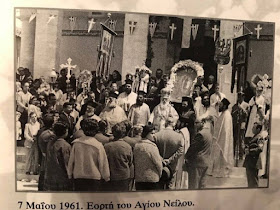 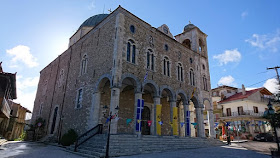 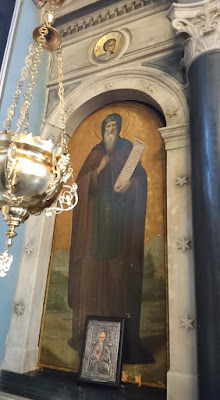 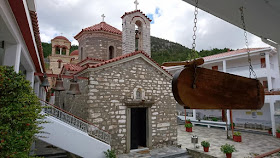 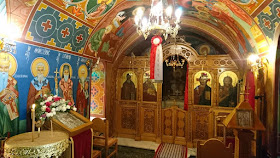 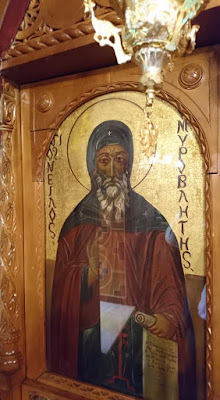 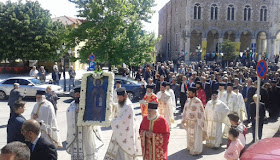 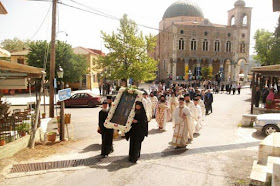 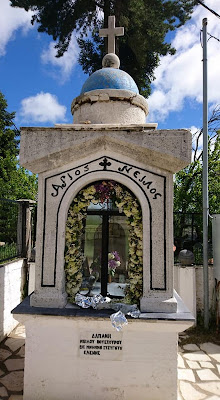 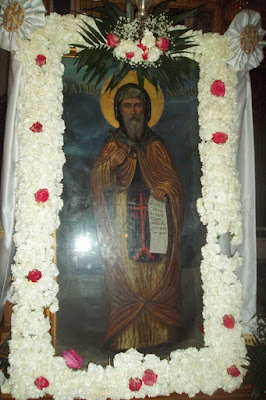 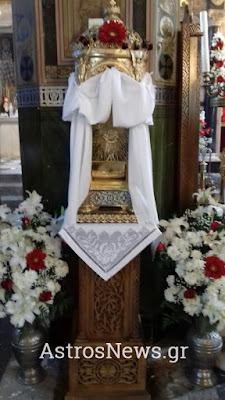 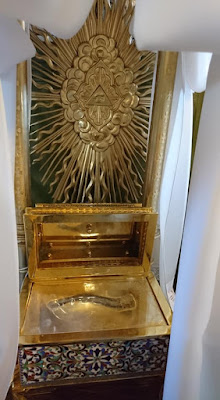