Church of Saint Nilus the Myrrhgusher in Kallipoli of Piraeus 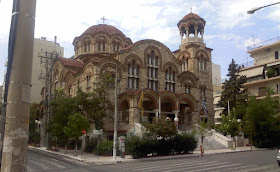 In the suburb known as Agios Neilos, which is part of the Kallipoli district in the city of Piraeus, stands the imposing church dedicated to Saint Nilus the Myrrhgusher. In 1928, at the initiative of Helen Mamis, a resident of Piraeus who was originally from the village of Agios Petros in Kynouria (the same village Saint Nilus was from), a club was formed called the "Brotherhood of the Lords and Ladies of Saint Nilus the Myrrhgusher" whose sole purpose was to build the first and only church dedicated to Saint Nilus in all of Greece. The land on which the church was built is in Hatzikyriakio of Piraeus, near Hatzikyriakio Orphanage and the Naval Academy, at the corners George Theotokis, Herodotus, Antonios Theoharis, Spyridonos Trikoupis (Γεωργίου Θεοτόκη, Ηροδότου, Αντωνίου Θεοχάρη, Σπυρίδωνος Τρικούπη).

Construction began in 1928 of a small church, and was used for worship in 1931. Originally it was a private church, but at the instruction of the Archbishop of Athens it became a public parish in 1932. Because it was initially a small church, in 1956 the building was expanded and today it stands as one of the largest churches in the entire Metropolis of Piraeus. Work was completed in November 1973 when the church was consecrated. Saint Nilus was originally from Agios Petros, Kynouria in Arcadia, then went to live as an ascetic on Mount Athos, and after his death his bones began to gush forth myrrh. In Kallipoli is a portion of his relics.
Saint Nilus is commemorated on November 12th, which was the day of his repose in 1651. On May 7, 1815 his relics were found in the cave of his asceticism on the Holy Mountain. Ecumenical Patriarch Gregory V, who was exiled at the Great Lavra Monastery at the time, received the myrrhgushing relics of the Saint at the monastery, and placed them on the Holy Altar. He also officially canonized the Saint at that time. 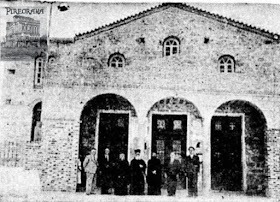 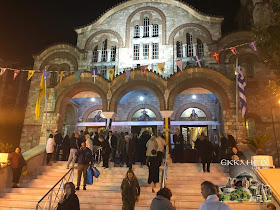 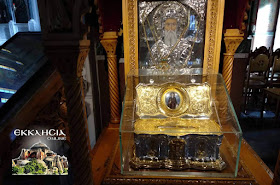 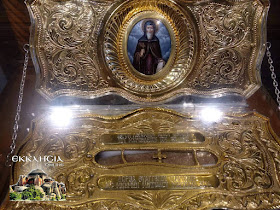 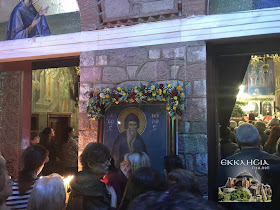 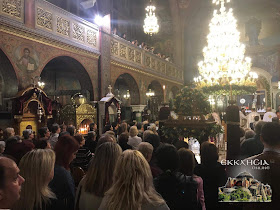 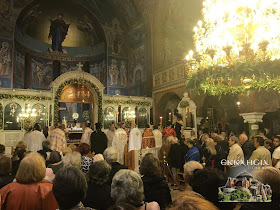 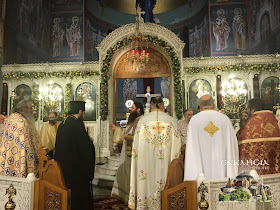