The Archangel Michael Monastery of Roukouniotis in Symi 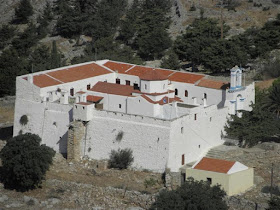 The Patriarchal and Stavropegic Monastery of the Archangel Michael the Roukouniotis is located on the western side of the island of Symi, in a region known as Roukouna, after which the monastery gets its name. The island is itself dedicated to the Archangel Michael, as is evident from its many shrines to him.
According to tradition, the monastery dates back to the fifth century, which would make it the oldest monastery on the island of Symi. It is said to have been built over the ruins of a pagan temple. The original church is believed to have been dedicated to the Holy Trinity, based on the fact that its oldest icon from Byzantine times depicts the hospitality of Abraham to the three angels, which may be a reason why the Archangel Michael came to be revered there, or if the Archangel Michael was already revered there, it could be the reason why it was dedicated to the Holy Trinity with this icon at its center.
The monastery in its present form was built by the Knights of Saint John in the fifteenth century, and is built like a small castle. By the seventeenth century it was a large monastic community, cultivating a large property of land, and possessing a large library. It also led the spiritual life of the island. And due to its distance from the shore, it was naturally hidden and protected from pirate invasions. For all these reasons, in 1712 the Ecumenical Patriarchate granted it Stavropegic status. 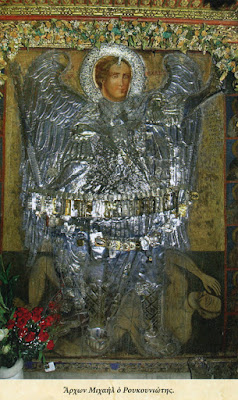 Some time after 1618 the monks sought an experienced iconographer to make for them an icon of the Archangel Michael and the Hospitality of Abraham. Therefore they called for the well-known iconographer from Crete, Stelianos Genites. Both of these works still bear his signature and are in the katholikon of the monastery. In 1734 John Prodromiou gilded the icon of the Archangel Michael with silver, which was ten years after he gilded the icon of the Archangel Michael in the nearby Monastery of Panormitis. And in 1738 Gregory Symaios painted the frescoes of the church.
When you enter the monastery, you are welcomed by a 100-year old cypress tree, known as the Cypress of Michael. It is a unique natural creation of the monastery, under which many pilgrims get some shade. The katholikon of the monastery is a unique two floor building, actually one church on top of the other, with the more ancient church being on the bottom, and an eighteenth century church added on top.
At the beginning of the twentieth century, the monastery had few monks and its own abbot. Gradually it fell into decline, and today it has no monks and was recently restored. In 2011 a restoration project for the monastery began with 850,000 euros, which was completed in November 2014. During this period, the whole monastery complex was restored, the structures of the bearing structure were strengthened, and the frescoes of the two katholikons were preserved. The needs of the monastery today are taken care of by the local Metropolis.
The monastery does celebrate some services throughout the year, such as on its feasts on November 8th and September 7th, as well as the Friday's of Great Lent. Also, due to the miracles of the Archangel Michael, many believers sponsor Divine Liturgies to be celebrated in the monastery on many Sundays. 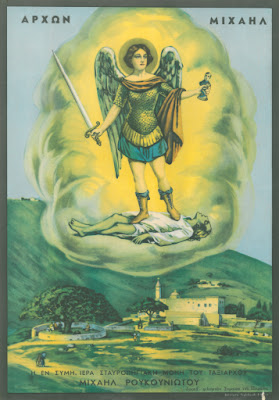 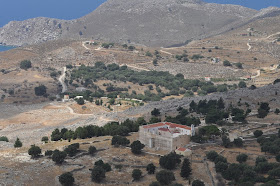 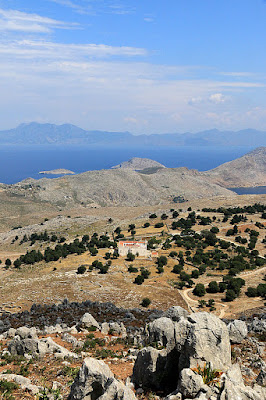 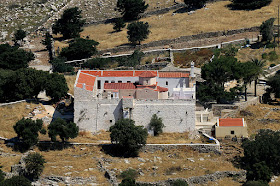 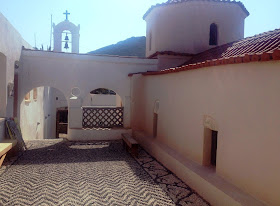 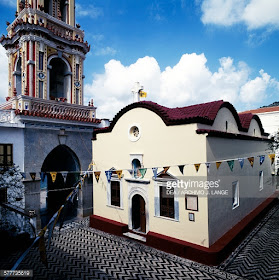 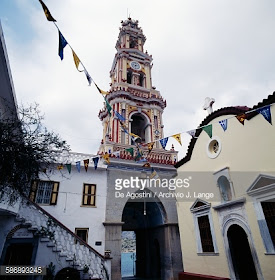 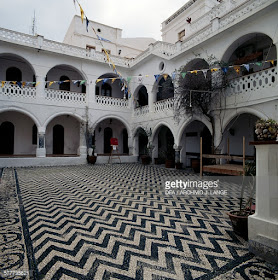 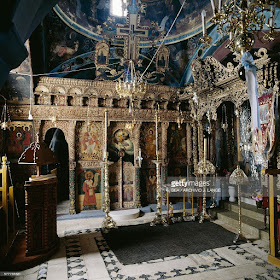 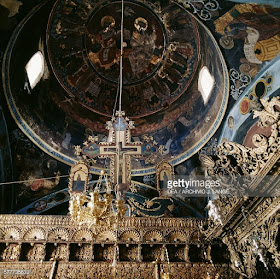 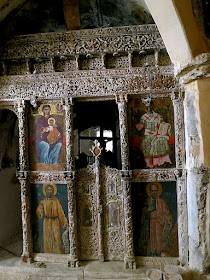 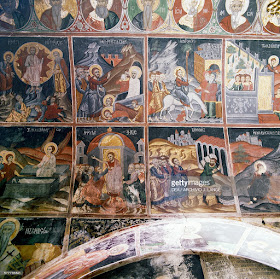 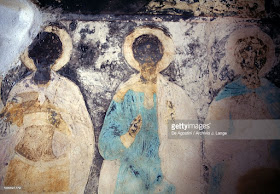 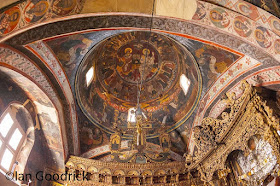 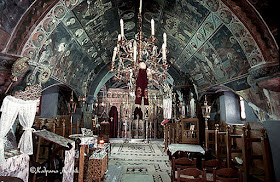 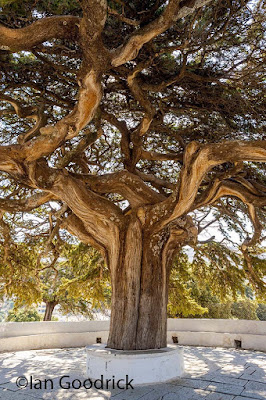 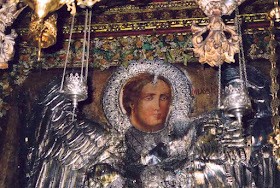