The Preconditions for Canonization 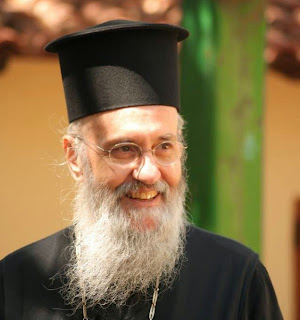 Below is an interview by journalist Maria Papavlachou from the website newsbomb.gr with Metropolitan Hierotheos of Nafpaktos and Agiou Vlasiou.
1. Question: What are the characteristic features by which the Church chooses who will enter the List of Saints?
Answer: First we need to define the meaning of holiness, and what does it mean to be a saint according to our ecclesiastical and theological tradition.
A saint is not a good person or even a virtuous person, but someone who exists within the Church with its sacramental and evangelical life, united with Christ, and they feel within them the Grace of Christ. Saint Nicholas Cabasilas says that "they are called holy because of the holy gifts which they partake of, and the body and blood they commune of."
Therefore, some characteristic features for a Christian to be numbered in the List of Saints of the Church is: to be a member of the Church, to have a faith that is Orthodox, to have an ecclesiastical mindset, to have love for God and people, to be a martyr or to live a venerable life, and to work miracles, that is, for Christ to work various signs through them.
Of course, the phrase used by the Ecumenical Patriarchate is not "making a saint" (ἁγιοποίηση), but "enlisting a saint" (ἁγιοκατάταξη), which means that they are listed in the List of Saints (Ἁγιολόγιο) of the Church. This means that the Ecumenical Patriarchate does not "manufacture" saints, but lists those in the List of Saints that have the traits that I mentioned, which are both recognized by people who knew them or received miraculous intervention from them. This is preceded by their acceptance by the people, followed by the canonization of the Church. The consciousness of the Orthodox peoples plays a big role in the canonization of a Christian.
2. Question: In recent years, have canonizations become more frequent in your opinion? If yes, how do you believe this is beneficial?
Answer: Each era has its saints. In all the centuries of the Church there are millions of saints. For example, during the Turkish occupation there emerged hundreds of martyrs, called new martyrs, just like today we have new martyrs in the Middle East.
In the Church we meet many people - clergy, monks, laity - who have all the features I mentioned previously, but the Church proceeds to canonize only some people, yet this does not mean that there are not other sanctified people. Therefore, the canonization of some saints recently does not cover the multitude of saints that actually exist.
These times are difficult from every side. The media usually only presents what is relevant, but the truth is that there are many people who exist that can be characterized as saints, who may not be openly manifest. This means that despite our many problems today, we should not despair.
Source: Ekklesiastiki Paremvasi, "Συνέντευξη: Προϋποθέσεις ἁγιοκατάταξης", January 2015. Translated by John Sanidopoulos.
John at 5:49:00 PM
Share
‹
›
Home
View web version