St. John Climacus on the Remembrance of Wrongs 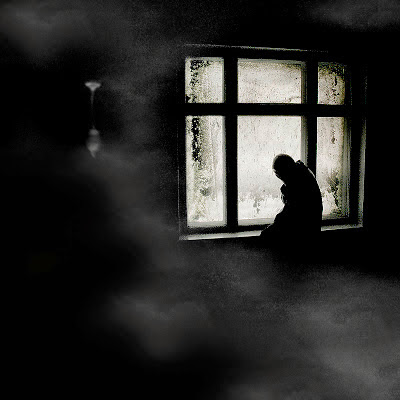 The Ladder of Divine Ascent
By St. John Climacus
Step 9
On the Remembrance of Wrongs
1. The holy virtues are like Jacob’s ladder, and the unholy vices are like the chains that fell from the chief Apostle Peter. For the virtues, leading from one to another, bear him who chooses them up to Heaven; but the vices by their nature beget and stifle one another. And as we have just heard senseless anger calling remembrance of wrongs its own offspring, it is appropriate that we should now say something about this.
2. Remembrance of wrongs is the consummation of anger, the keeper of sins, hatred of righteousness, ruin of virtues, poison of the soul, worm of the mind, shame of prayer, stopping of supplication, estrangement of love, a nail stuck in the soul, pleasureless feeling beloved in the sweetness of bitterness, continuous sin, unsleeping transgression, hourly malice.
3. This dark and hateful passion, I mean remembrance of wrongs, is one of those that are produced but have no offspring. That is why we do not intend to say much about it.
4. He who has put a stop to anger has also destroyed remembrance of wrongs; because childbirth continues only while the father is alive.
9. He who has obtained love has banished revenge; but he who nurses enmities stores up for himself endless sufferings.
6. A banquet of love dispels hatred, and sincere gifts soothe a soul. But an ill-regulated banquet is the mother of boldness, and through the window of love gluttony leaps in.
7. I have seen hatred break the bond of long-standing fornication, and afterwards remembrance of wrongs, in an amazing way, did not allow the severed union to be renewed. Wonderful sight—a demon curing a demon! But perhaps this is the work not of demons but of Divine Providence.
8. Remembrance of wrongs is far from strong natural love, but fornication easily comes near it, just as a hidden louse can sometimes be seen in a dove.
9. Be malicious and spiteful against the demons, and be at constant enmity with your body. The flesh is a headstrong and treacherous friend. The more you care for it, the more it injures you.
10. Remembrance of wrongs is an interpreter of Scripture of the kind that adjusts the words of the Spirit to its own views. Let it be put to shame by the Prayer of Jesus which cannot be said with it.
11. When, after much struggling, you are still unable to extract this thorn, you should apologize to your enemy, even if only in word. Then perhaps you may be ashamed of your long-standing insincerity towards him, and, as your conscience stings you like fire, you may feel perfect love towards him.
12. You will know that you have completely got rid of this rot, not when you pray for the person who has offended you, nor when you exchange presents with him, nor when you invite him to your table, but only when, on hearing that he has fallen into spiritual or bodily misfortune, you suffer and weep for him as for yourself.
13. A malicious anchorite is an adder hidden in a hole, which carries about within itself deadly poison.
14. The remembrance of Jesus’ sufferings cures remembrance of wrongs which is mightily shamed by His forbearance.
15. Worms grow in a rotten tree, and malice finds a place in falsely meek and silent people. He who has cast it out has found forgiveness, but he who sticks to it is deprived of mercy.
16. Some, for the sake of forgiveness, give themselves up to labors and struggles, but a man who is forgetful of wrongs excels them. If you forgive quickly, then you will be generously forgiven.
17. The forgetting of wrongs is a sign of true repentance. But he who dwells on them and thinks that he is repenting is like a man who thinks he is running while he is really asleep.
18. I have seen resentful people recommend forgiveness to others. Yes, and being put to shame by their own words, they rid themselves of the passion.
19. Let no one regard dark spite as a harmless passion, for it often manages to reach out even to spiritual men.
The ninth step. Let him who has reached it boldly ask the Savior Jesus for release from his sins for the future.
From The Ladder of Divine Ascent, translated by Archimandrite Lazarus Moore (Harper & Brothers, 1959).
John at 11:07:00 AM
Share
‹
›
Home
View web version