Parents Build Church Where Their Child Was Killed 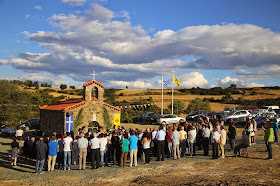 September 4, 2014
Metropolis of Fthiotida
About a year ago in Kyrtoni of the municipality of Lokroi there was a tragic event. Hunters believed the late Anargyros Tsampas, who was on his own property, to be prey and fatally injured him.
His parents George and Yiannoula as a memorial to their child built the beautiful Church of the Life-Giving Spring near the ruins of another old church.
On the afternoon of Wednesday September 3rd His Eminence Metropolitan Nicholas performed the consecration of this sacred church with the participation of hundreds of residents who participated in the ceremony with contrition, including Mayor Nicholas Liolios of Lokroi, the chairman of the local community Mr. Demetrios Kyriazis, and Priests and Monks of the region.
His Eminence expressed his joy, excitement and satisfaction because he was made worthy to open another church, which will become a spiritual retreat for all people who seek refuge in it and invoke the help of God, and delivered another Sacred Altar on which will be performed the bloodless sacrifice and God will be worshipped.
Subsequently, he praised the founders for their piety and their initiative to build a temple in eternal memory of their son, who left this life unfairly, and wished them the consolation from above and the hope of the common resurrection.
At the end he performed the ceremony of the artoklasia for the health of the founders of the church and treats were offered to all.
Translated by John Sanidopoulos. 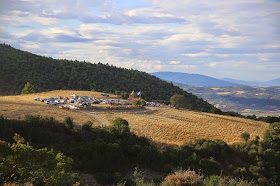 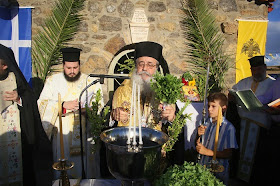 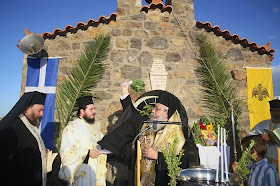 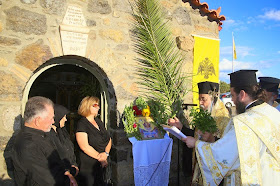 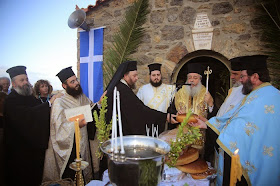 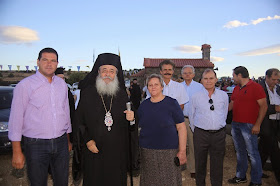 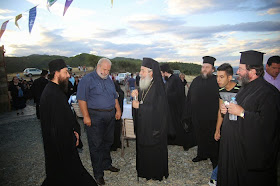