How Did the Church Determine Christ Was Born on December 25th? 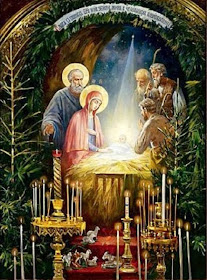 "For the Birth Day of our Lord Jesus Christ, which day was unknown until a few years since, when some persons coming from the West, made it known and publicly announced it."

Nature, in awe to Him,
Hath doffed her gaudy trim,
With her great Master so to sympathise.

And indeed, how exquisitely do the extremest shortness of the day and its dreariness accord with the condition of the world when Christ was born, and how perfectly does the imminent increase of light symbolize the rising of the Sun of Righteousness. By all odds the natural aspect of Dec. 25 can claim whatever there is of everlasting fitness.
Moreover there was another Jewish Feast, which fell in the month of December, the Feast of Dedication. This was of human appointment. It was the commemoration day of the renewal of Divine Worship, after its forcible suspension by Antiochus Epiphanes. It marked the beginning of a great reformation under Jndas Maccabeus. It was especially honored by our Lord during his ministry. It was literally the day of the new creation for Israel, full with the joyous memory of triumph over evil, and restoration to a new life.
From The Genesis and the Exodus of the Gospel, or The Two Eminent Days of our Lord Jesus Christ, W.J. Boycott, 1889.
Read also:
But Jesus Wasn't Born Dec. 25 – Was He?
Chrysostom on the Birth of Christ
Christ's Birth in December
John at 11:30:00 AM
Share
‹
›
Home
View web version