The Cave Chapel of the Prophet Elijah in Sednaya, Syria 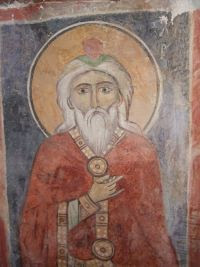 Macarat village is located outside Sednaya on the outskirts of Damascus, the capital of Syria. At the village of Macarat there is a cave chapel dedicated to the Prophet Elijah (Mar Elias) which local workers had discovered in 1982. The medieval paintings in the cave chapel date from the first half of the thirteenth century and were painted by the hand of a Byzantine-Cypriot master. The cave is said to be the site where the Prophet Elijah escaped the forces of Jezebel, the queen of Israel, who was determined to kill him as an obstruction to her immoral reign.
The cave chapel once belonged to the Greek Orthodox Church but today it is under the control of the Melkite (Greek Catholic) Church.
Source 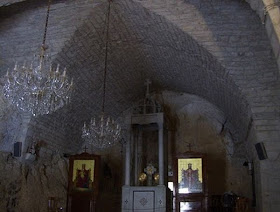 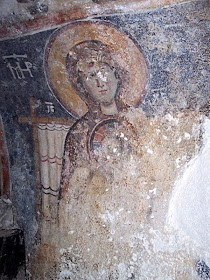