The Son of Man Shall Come in His Glory (St. Theophylact of Ochrid) 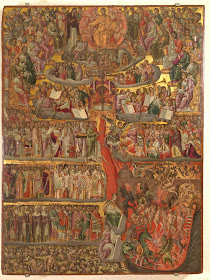