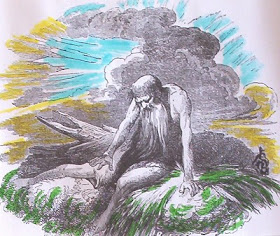 By Marina Luptakova
(Institute of Criminology and Social Prevention, Praha)
Sitting in a stuffy and filthy inn, Ivan Karamazov hurls into the face of his younger brother, the novice Alyosha – who according to Dostoevsky’s intentions (not fully accomplished, needful to say) should embody in himself Christian love and humility – words filled with ultimate pain and cruelness, which reject the world created by God:

“Yet would you believe it, in the final result I don’t accept this world of God’s, and, although I know it exists, I don’t accept it at all… I believe like a child that… in the world’s finale, at the moment of eternal harmony, something so precious will come to pass that it will suffice… for the atonement of all the crimes of humanity, of all the blood they’ve shed; that it will make it not only possible to forgive, but to justify all that has happened with men – yet though all that may come to pass, I don't accept it. I won't accept it.”

“Evil qua evil makes no single essence or birth, but only, as far as it can, pollutes and destroys the subsistence of things existing… For neither will the same by itself be both good and evil, nor the self-same power be of itself destruction and birth… All things which are, in so far as they are, both are good, and from the Good; but, in so far as they are deprived of the Good, are neither good, nor do they exist… So the fact that birth is born from destruction, is not a power of evil, but a presence of a lesser good, even as disease is a defect of order…” (Dionysius the Areopagite, De Divinis Nominibus, IV, 20 – Migne, Vol. 4, Col. 273).