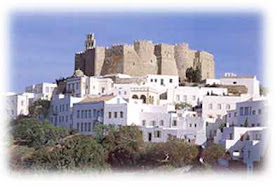 According to Forbes (September 2009), Patmos was voted Europe's Most Idyllic Place To Live:
1. Patmos, Greece
Population: Just under 3,000
St John is said to have written the Book of Revelation on this tiny, idyllic island dotted with scores of Greek Orthodox churches and dominated by a monastery at Chora. There is a cluster of white houses clinging to its side and "the sound of church--and goat--bells is everywhere, always," says Schultz. Patmos is about 180 miles east of Athens and you have to fly to either of the neighboring islands of Samos or Kos and take the hydrofoil and, if you time it right, it is only a three-hour trip from Athens. "Patmos has evolved over the centuries but has not lost its air of quiet tranquility," says Reg Parry of relocation firm County Homesearch. "Which is one reason why people that know it return again and again."
Read full article here.
John at 9:05:00 AM
Share
‹
›
Home
View web version