Elder Cleopa: On the Types of Witchcraft 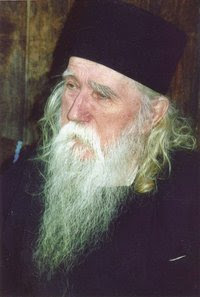 By Elder Cleopa of Romania
Inquirer: Father Cleopa, what is witchcraft and how many types of it are there?
Elder Cleopa: By the word witchcraft we understand the invocation of demonic powers – instead of God – in order to help people to fulfil human wishes. Witchcraft used to be practiced both among the Jews of the Old Testament, and among the New Testament Christians, until today. In the Old Testament, the one who asked for the devil’s help, by resorting to witches, was King Saul, and he was severely punished by God. Both Barlaam and the three Magi, who practiced astrology, were wizards.
According to St. Nikodemos the Hagiorite’s teachings, witchcraft is divided into several categories; namely:
Witchcraft per se, which involves calling upon the devils to disclose hidden treasures, lost items, and other such things.
Divination, the second type of witchcraft, through which certain people tell fortunes by palm reading – otherwise called chiromancy – and reading into other objects (maize kernels, playing cards, coffee, etc).
Enchantments, spiritism – that is, calling upon devils in dark rooms or nearby tombs, to punish living persons. Enchanters claim that they call the dead people’s souls from hell, like fortune-tellers during the times of Prophet Samuel (I Kings 21:3), in order to find out future events or take revenge on someone. Nowadays, the enchantment that is practiced among some Christians consists in things like extinguishing coal, uttering certain words in combination with prayers, for sick people whom they claim to have been “charmed”, etc.
“Ghitia” [in Romanian], or fortune-telling by using holy things, such as the Psalm book; fortune-telling by using church items, such as scraps of clerical garments; the church key; censer ashes; writing names on the tocsin, bells, or church walls or introducing them inside the icon lamp, etc.
Spellcasting, in other words, charming young people to marry each other or separate them from one another, by calling in the devil’s help, otherwise called “fate-spelling” by the populace.
Fortune-telling by reading into animal entrails, otherwise called “iconoscopy”. This type of witchcraft also includes dreams, zodiacal signs, good and bad “hours”.
Fortune-telling by the body parts – also called "presaging" (ear-ringing, eyelid-twitching, palm-itching).
Stringing, which involves wearing satanic symbols such as threads, keys, objects (amulets) or dyed fabric, either on one’s hand or chest, with a view to protect the person from illness, danger, and harm, after having previously invoked upon them the devils’ power.
The devil callers (“clindons”) are the ones who foretell the future with the devils’ aid. Among them are the people who make fires in front of houses and jump through them.
Entrail readers; ventriloquist fortune-tellers, as well as the ones practicing entrail reading or render livestock unproductive – a kind of witchcraft which is still practiced in our times.
Astrology is a type of witchcraft that has been practiced since ancient times. It consists in foretelling things by the movements of stars, planets, winds, clouds, and other elements. Astrologers claim that each person has his/her own star.
These are a few of the most current types of witchcraft – some that are almost forgotten, others still practiced in our days, which we combat and of which we must run away, as they are devilish fabrications which mislead and deceive many Christians, much to their perdition.
Inq.: Can the devil really help people through witchcraft, more than the power and grace of God?
EC: Let us make it clear that devils have no power whatsoever to heal someone, neither can they help to disclose damages or their perpetrators. They can never work genuine miracles, but it is only through illusions that they deceive the unfaithful and the ones of weak faith. St. John Chrysostom shows us this truth, when he says:

“Can’t you see how the devils weren’t even able to heal the wizards and charmers who served them, of the blisters and abscesses given by Moses in Egypt – and do you think they will heal you? (Exodus 9:11). And if the devils don’t take pity on your soul, how will they grow sad over the pain of your body?
If the devils do their best to push you out of God’s Kingdom, how will they save you from illness? This is mere reason for laughter and fairy tales. Therefore, do not fool yourself, Christian, as the wolf can never turn into sheep, nor can the devil ever turn into a doctor. It is rather easier for fire to cause freezing and for snow to provide warmth, than it is for the devil to heal you for real.”

“You say that that old woman is a Christian, and that man is a Christian diviner, and when they enchant or open the Book, they neither say, nor write any other names than those of Christ, the Holy Theotokos and the Saints; so what harm do they do? To this, I answer you that for such acts it is right to hate that bad woman and that evil charmer and book diviner even more, as they use God’s name in a shameful and dishonourable way.
Even if they are Christian, they work like pagans. Because even devils themselves, despite naming the name of God, are still devils. Some, wishing to justify themselves, say that the enchanter woman is Christian and that she says nothing else but the name of God. It is precisely for that reason that I hate her and turn away from her even more, because she uses God’s name in a shameful manner. Despite calling herself Christian, she shows herself to be working the pagans’ work.”