Theosis in the New Testament is called "Glorification" 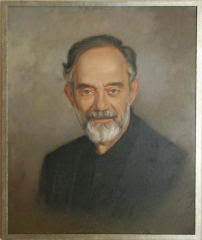 By Fr. John Romanides
One of the keys to today's continued misunderstandings of Patristic dogma and theology is the fact that some Orthodox began dealing with St. Gregory Palamas within a non Patristic context, as pointed out in my "Notes on the Palamite Controversy and Related Topics Part One[1] and Part Two"[2]. A doctoral thesis had been published earlier than my just cited work, "The Teaching Concerning Theosis According to St. Gregory Palamas", by now Professor Georgios I. Mantzarides.[3] This thesis was translated into English with the title "The Deification of Man"[4], with a forward by Bishop Kallistos Ware. This book marks a backward step into the non-patristic past of Orthodox theology which had begun in the times of Palamas and especially in Russia during the reign of Peter The Great. This Doctoral thesis is not aware of the fact that a prevalent Old and New Testament term for "Θέωσις" ("Theosis") is simply "glorification". This led a "A Lutheran-Orthodox Dialogue"[5] to claim in their statement about "ΘEΩΣΙΣ (DEIFICATION)"[6], citing Bishop Kallistos Ware about the Orthodox understanding of Christianity in terms of deification (Θέωσις)[7], that both Lutherans and Orthodox agree that, "Although the term "Θέωσις" does not occur in Holy Scriptures the idea of sharing in the divine nature (which "Θέωσις" means) does occur".[8] But neither Mantzarides, nor Bishop Ware, nor the rest of the Orthodox present, were aware that one of the Old and New Testament terms for "Θέωσις" is "glorification". The Lord of Glory's cure of human personalities by means of the purification and illumination of their hearts and their glorification, both before and after His Incarnation, is the heart and core of Holy Tradition in both Testaments. This is why St. Gregory Palamas quotes Maximus the Confessor's interpretation of Hebrews 7:3 as follows: "The Great Melchisedek is recorded as 'without having neither beginning of days nor end of life,' not because of the created nature, by which he began and ended, but because of the divine and forever existing uncreated and above every nature and all time eternally existing God".[8] Although the prophets and patriarchs of the Old Testament had reached glorification, yet they did die, but were resurrected with Christ and became members of His Body, the Church, on Pentecost.
Notes:
[1] The Greek Orthodox Theological Review, vol. vi, no. 2 (1960-61), pp. 186-205Also published on the internet at http://www.romanity.org.
[2] The Greek Orthodox Theological Review, vol. ix, no. 2 (1963-64), pp. 225-270. Also published on the internet at http://www.romanity.org.
[3] Published by the Department of Church Literature of the Aristotelian University of Thessaloniki, 1963.
[4] Crestwood, NY: St. Vladimir's Press. 1984.
[5] "SALVATION IN CHRIST," A Lutheran-Orthodox Dialogue, Edited and with an Introduction by John Meyendorff and Robert Tobias, Copyright Augsburg Fortress.
[6] Pages 19-24.
[7] Page 19-20.
[8] Page 20.
[9] Gregory Palamas, Writings, edited and copyrighted by professor Panagiotes K. Christou, Thessaloniki, Vol. 3, p. 164. Cited from St. Maximus the Confessor's work Ambiguorum Liber, PG 1141A-1145B.
Source