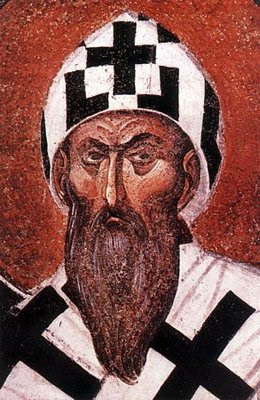 By Fr. John Romanides
Theologians of the Vatican have been supporting their position that Leo of Rome and his Tome became the basis of the decisions of the Fourth Ecumenical Council of 451 which, according to them, supposedly corrected the monophysitic and theopassion tendencies of Cyril of Alexandria. But the reality of the matter was that some 50 bishops refused to sign Leo’s Tome claiming that it did not agree with the Synodical Letters of Cyril against Nestorius which were the basis of the decision of the Third Ecumenical Council in 431. They were given five days to examine the Tome of Leo with the said letters of Cyril. They all agreed that Leo indeed agrees with Cyril. Their statements to this effect are individually recorded in the minutes.
So Cyril and not Leo was the key to the Council of Chalcedon. Evidently the Vatican has been keeping this fact quiet since it makes a mockery of so-called Papal infallibility. Contrary to these minutes of Chalcedon are the scholars who claim that the Council of Chalcedon modified the Monophysitic tendencies of Cyril and supposedly de-emphasized the theopassianism of his Twelve Chapters. But Cyril’s Two Synodical Letters to Nestorius and his 433 letter to John of Antioch are included in the Horos of Chalcedon "to which have been adapted the Tome of Leo...."
In spite of these facts scholars of the Vatican propose that Leo, and not Cyril, is "the" Great Father of the Council of Chalcedon. As these scholars see things, strict Cyrilians refused to accept the Council of Chalcedon because of Leo’s victory. So in order to bring these Cyrilians back to the Imperial Church, Emperor Justinian convened the Fifth Ecumenical Council in order to supposedly "reinterpret" Chalcedon within strict Cyrilian categories. This imperial Justinian reinterpretation is called Neo-Chalcedonianism. That no such thing ever happened is supported by studies on this website (www.romanity.org). What is especially strange is that the Latin positions on Neo-Chalcedonianism are text book taught at the theological faculty of the University of Athens as historical reality. Sometimes part of this myth is the idea that Cyril became fully Orthodox when he accepted John of Antioch's confession of Christ’s two natures. It was not Cyril of Alexandria who adjusted his terminology to John, but John to Cyril.