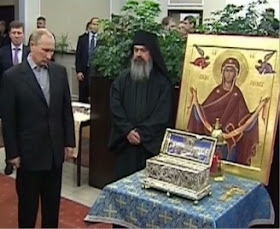 Russia’s Prime Minister Vladimir Putin met a delegation of Greek monks from Vatopaidi Monastery on Mount Athos in an airport in St. Petersburg, who brought with them the miraculous belt of the Virgin Mary. It is believed that the belt has the grace to help childless women to have children.

Hundreds, mostly women, stood in line to venerate this precious relic. The relic will remain in the Russian imperial capital until Tuesday.

It will then be taken on a month-long tour across the country, with stops including the northern city of Norilsk, the Pacific port of Vladivostok, the western exclave city of Kaliningrad and Moscow.

Church officials in several cities plan to take the relic, whose full name is the Belt of the Mother of God, to pregnancy centres that counsel women contemplating an abortion, the church said.

"This event is of huge significance especially when it comes to strengthening people's faith," Father Kirill, a spokesman for the Saint Petersburg diocese, said.

"And the fact that this is such a singular relic helping women is especially important for our city and our country, where the demographic situation leaves much to be desired."

Russian leaders have called the shrinking population a matter of national security.

The country's latest census released earlier this year shows the country's population has shrunk by another 2.2 million people since 2002 and now stands at 142.9 million.

"It's a serious problem and an important topic for our country," the head of the church, Patriarch Kirill, said this week. 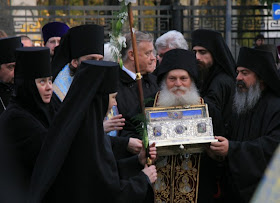 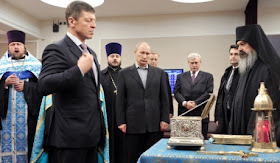 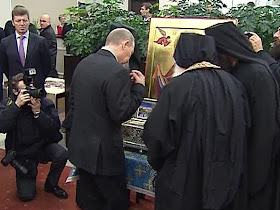