The Sanctity of Saint Constantine the Emperor 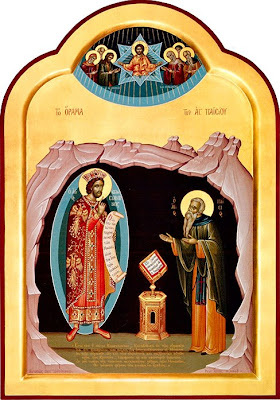 Unfortunately, largely out of ignorance of the witness of the Church and under the influence of trendy and superficial historical thinking hostile to the traditions of Orthodoxy, there are many today who question the sanctity of St. Constantine the Great, who ushered in the Peace of the Church and made Christianity the official religion of the Roman Empire. Drawing from pagan sources and ignoring the witness of Christian historians, heterodox — and, sadly enough, some Orthodox — scholars have variously attributed the veneration of St. Constantine to so-called Caesaro-Papism, popular piety gone astray, and religious fantasy. Setting aside the superficiality of such historiographical sources (who fall to the same kind of simplistic analysis and speculation that has led to the unfounded accusation that St. Constantine was, in fact, an Arian), and turning to the hagiographical witness of the Church, we find irrefutable evidence of the sanctity of the Emperor Saint, who, coming down from Heaven, appeared to St. Paisios the Great, one of the renowned Desert Fathers.

The following words, spoken by St. Constantine when he appeared bathed in Divine light to St. Paisios, are worthy of repetition, since they rightly characterize the virtuous humility of the Emperor, while at the same time constituting an important tribute to the ranks of holy and saintly monastics:

“I am Constantine the Great. I have descended from the Heavens in order to reveal to you the glory which monastics are shown in the Heavens, as well as their closeness to Christ and their boldness before Him. I reproach and accuse myself, that I did not attain to such splendor as that of the rank of monastics. I cannot reckon the loss which I have incurred. I do not have the same boldness as monastics, nor do I have an honor equal to theirs.”