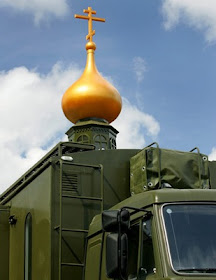 The Russian Orthodox Church has given the country's Airborne Troops a mobile chapel to accompany them on combat missions, a paratrooper spokesman said.

The chapel is built on the frame of a truck trailer and is equipped with a life-support module, an electric generator and multimedia equipment.

It is serviced on the field by a priest and a five-man support team. 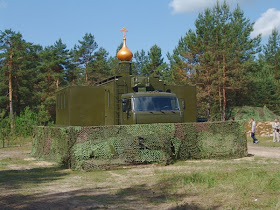 The chapel will be tested during forthcoming airborne exercises.

Patriarch Kirill of Moscow and All Russia said last year that Orthodox Church military chaplains will soon appear in the Russian army.

According to the Russian defence ministry, two thirds of the country's servicemen consider themselves religious. Some 83 percent of them are Orthodox Christians, about eight percent are Muslims, and nine percent represent other faiths. 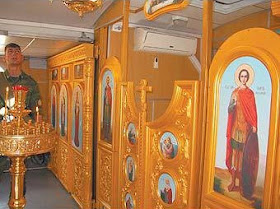