Napolean On Christ's Divinity and Christianity 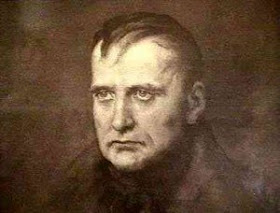 Napoleon made some remarkable statements about Christ while he was imprisoned on Saint Helena. This one was made to General Bertrand:

”Such is the fate of great men ! So it was with Caesar and Alexander. And I, too, am forgotten. And the name of a conqueror and an emperor is a college theme! Our exploits are tasks given to pupils by their tutor, who sit in judgment upon us, awarding censure or praise. And mark what is soon to become of me! Assassinated by the English oligarchy, I die before my time ; and my dead body, too, must return to the earth, to become food for worms. Behold the destiny, near at hand, of him who has been called the great Napoleon! What an abyss between my deep misery and the eternal reign of Christ, which is proclaimed, loved, adored, and which is extending over all the earth! Is this to die? Is it not rather to live? The death of Christ! It is the death of God.”

For a moment the Emperor was silent. As General Bertrand made no reply, Napolean solemnly added, ”If you do not perceive that Jesus Christ is God, very well, then I did wrong to make you a general.”

”I can not conceive, sire, how a great man like you can believe that the Supreme Being ever exhibited himself to men under a human form, with a body, a face, mouth, and eyes. Let Jesus be whatever you please—the highest intelligence, the purest heart, the most profound legislator, and, in all respects, the most singular being who has ever existed—I grant it. Still he was simply a man, who taught his disciples, and deluded credulous people, as did Orpheus, Confucius, Brama. Jesus caused himself to be adored because his predecessors Isis and Osiris, Jupiter and Juno, had proudly made themselves objects of worship. The ascendancy of Jesus over his time was like the ascendancy of the gods and the heroes of fable. If Jesus has impassioned and attached to his chariot the multitude, if he has revolutionized the world, I see in that only the power of genius and the action of a commanding spirit, which vanquishes the world as so many conquerors have done — Alexander, Caesar, you, sire, and Mohammed — with a sword.”