How Saints Responded To Apocalyptic Questions 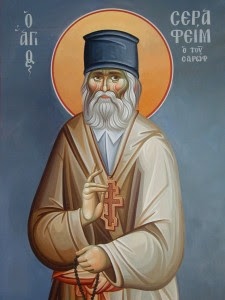 A brother standing before St. Seraphim of Sarov continually kept in his mind how he was going to ask the saint about the end of the world. St. Seraphim discerned his thought and said to him: "My joy! You think highly of the wretched Seraphim. How could I know when the end of the world will be and that great day when the Lord will judge the living and the dead and render to each one according to his deeds will be? No, no, this is impossible for me to know!"