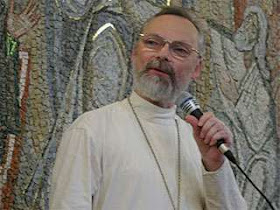 In the 1990's, there were preachers of reform in the Russian Orthodox Church in Russia. Primarily there were the priests Georgy Kochetkov and Alexander Borisov, who advocated for reforms of inner Church life, that changed the Church to serving the spirit of this world by destroying the traditions of the Russian Orthodox Church, of Holy Church Tradition. Such Elders as Ioann Krestiankin knew where such aggressive reformers can bring people and how dangerous and poisonous their teachings are. At that time Elder Ioann Krestiankin called on all Orthodox Christians to help: "If we won't destroy this movement, they will destroy the Church!"

One known Moscow priest visiting Pskovo Pecherky (Pskov Cave) Monastery asked Elder Ioann: "Father, I can't say the names of Gregory Kochetkov and Alexander Borisov during the Proskomedi. May we remember their names during Proskomedi?" And Father Ioann answered: "We can't! They slandered the Mother of God."

When the Russian Orthodox Church didn't support the reform of Georgy Kochetkov about modern the Russian language as a language for services in the Orthodox church, Kochetkov started to practice his idea in life. He and his friends decided to send second priest Mikhail Dubovitsky to a mental hospital and announced him as crazy.

This movie is about that horrible story. The movie is in Russian. There are no copies on the Internet with English or other subtitles yet. But you can see the recordings that Kochetkov and his friends were taking on that day. They had a few cameras in different spots of the church. 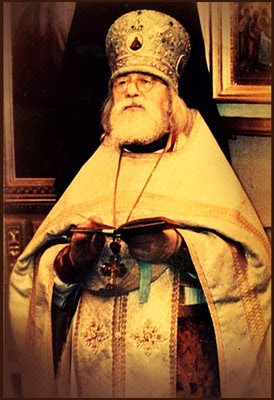 Kochetkov himself brought the video to the Moscow Patriarchate. He thought the video will be evidence of craziness in the young priest Mikhail Dubovitsky. In fact this video exposed Georgy Kochetkov, his sect and his methods.

Patriarch Alexei II sent a group of monk-theologians to investigate the teachings of Georgy Kochetkov; they found them heretical for very many reasons. The Resume of the Commission of the Patriarchate is 2000 pages, so I won't mention everything, just a few things...

A few years later Kochetkov was forgiven after he renounced his teaching in a written form. And they allowed him to serve as a priest. In fact Kochetkov and his followers scream and shout about being persecuted by the Moscow Patriarchate. Some articles in English on the Internet call him "dissident".

Kochetkov is not on the Russian Orthodox Church payroll plan. He is "zashtatnyi sotrudnik", which means not on the list of employees of the Church. He lives on the donations of his sponsors (different organizations). 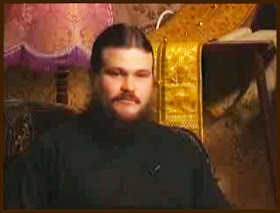 Georgy Kochetkov started to move abroad. Now he has 18 parishes in Europe and is heading to the United States.

When we hear about Georgy Kochetkov or other modernists and ecumenists, let us remember the words of our beloved Elder Ioann Krestiankin: "If we won't destroy this movement, they will destroy our Church!" May Our Lord help us to do so!