Religion and the Science of Virtue 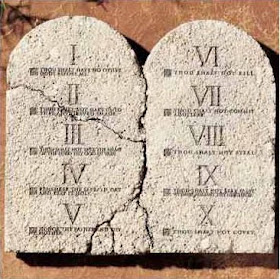 Virtue and religion are, from a historical point of view, intimately bound up. We discard religious insights at our peril.

There is an intimate link between religion and morality. It's not fashionable to say so: many argue that talk of a link – and talk is all it is – should be stopped. After all, individuals can clearly be good without God, and religious individuals hardly stand much scrutiny as paragons of virtue. However, there's something more subtle to tease out here, and support for a connection is coming not from preachers or prelates, but science.

The source is neuroscience and evolutionary psychology. As these new sciences explore the nature of morality, they tell a story that goes something like this. Many animals, perhaps most, don't live in isolation; they co-operate. Even bacteria work together for the sake of the group. There is good reason to think that this co-operation gives rise to behaviour that can be called altruistic: it's good for others but not necessarily for the individual. The story develops further when it's observed that higher animals, like chimps or dogs, don't just behave in ways that might be called altruistic, but have social emotions too. They feel shame; they empathize; they take pleasure in pleasing others.

The implication for the human animal is that our morality is based upon an evolved set of predispositions. When we take pride, feel guilty, act honestly, show trust, we too are following social emotions that make us feel good. No doubt, this is the origin of the powerful intuition that the good life is a happy life.

Cognition has a role to play here, as there are often quite complex trade-offs to assess when different values conflict. But as the economist Herb Gintis puts it, morality is not categorical; reasoning tends to come after the event. Rather, "morality is just things we like", he says. Moreover, because ethics is based upon feelings, we are often far from consistent in our moral behaviour. The oft-cited trolley problem shows as much, as do experiments which suggest that when we perform a virtuous act, that'll often excuse the subsequent indulgence of a vice too.

Now, sometimes this story of the origins of human morality becomes confused. It can carry philosophical errors. One is the genetic fallacy – the notion that to know the origins of something is also to know of its worth. That can't be right because whilst there are plenty of examples of cooperation in nature, which we assess as morally positive and nature "rewards" with pleasure, there are also plenty of examples of competition in nature; that competition can be violent, morally dubious, though still rewarded with pleasure. So, rational considerations must ultimately decide what counts as good.

However, there is a deeper challenge to ethics that stems from the science. For if you follow the philosopher Immanuel Kant, then it's not just that feelings should not determine morality, but further that if it feels good then it can't be moral. An evolutionary account of ethics undermines that categorical approach.

But the new science does not undermine an older conception of morality, namely virtue ethics. In fact, virtue ethics not only saves appearances, it shows how our capacity for moral reflection and self-examination plays a critical role.

Virtue ethics is not primarily interested in whether some isolated action is good or bad in itself, but in what kind of person someone is becoming – of which their actions are but a product. It seeks to understand the conditions that nurture good character, skills and habits. As Aristotle knew, pleasure plays a key role in this: it is one mechanism that rewards good behaviour. However, virtue ethics does not stop at what feels good.

Rather, it aims at what is good, regardless of the evolutionary rewards. Whilst always conscious of our animal nature, Aristotle believed we can surpass that nature – never completely, but often substantially. It takes a lifetime of effort, training and practice to do so. But as we have the capacity to discover the evolutionary story of morality, so we also have the capacity to transcend the constraints of that story, to a degree. Understanding is the beginning of change. Alongside the question of pleasure, Aristotle discusses the moral virtues that so interest the scientists too. But he also adds others, like prudence and restraint – the virtues that require self-reflection. These are known as the cardinal virtues, those upon which any distinctively human morality hinges. In summary: the ethical life for the human animal is a question of what he called practical and rational intelligence, and is learned by engaging in life.

So what's religion got to do with it? Link the evolutionary story with the insights of virtue ethics, and it's clear that living a good life requires training – the cultivation of those virtuous habits, the gradual erosion of personal inconsistencies. Moreover, it's a journey powerfully influenced by the stories we tell ourselves about what makes for the good we pursue – the stories that speak to our humanity and inspire us to keep at it. It's why moral heroes and morality tales are so important. They address our reason and feelings; they shape the moral emotions.

It is those heroes and tales that religions provide in abundance; they are otherwise called saints and parables. Is there a secular source of them nearly so copious as religious traditions? They're often complex and ambivalent, mirroring our own struggles to live well. But when we try to separate morality from religion, and assert that faith should have no part to play in the discourse, we should at least be aware of what the new science and virtue ethics tells us: we could be discarding a resource of immense value for our moral lives.
John at 3:30:00 PM
Share
‹
›
Home
View web version