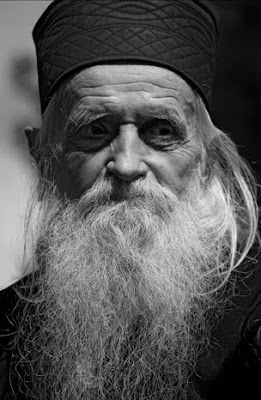 According to Romfea.gr, Elder Moses, the abbot of the Holy Monastery of Hilandari Monastery on Mount Athos, has reposed today. In the world he was known as Stanislav Zarkovich. He was born in 1923 at Zorka, Serbia. On Mount Athos he was seen as a spiritual giant, yet was always a very humble and sweet elder. He was tonsured in Serbia in 1947 and came to the Holy Mountain in 1964. On Novemeber 22, 1992 he was elected to be the abbot of Hilandari Monastery and enthroned. In his last years, due to health reasons, he lived outside of Hilandari Monastery and the Metochion of Kakavos in Ierissos of Halkidiki. His funeral will take place tomorrow after the Presanctified Liturgy by Metropolitan Amphilochios of Mavrovouniou.
John at 2:39:00 PM
Share
‹
›
Home
View web version